Cyber Insurance Broker DataStream to Begin Offering Its Own Policies: Page 2 of 2 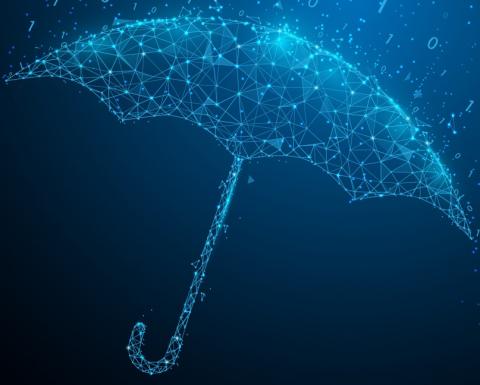 Scheduled to reach market by early next year, the new coverage option will award discounted rates to end users whose MSP uses software from DataStream’s security and backup partners. By Rich Freeman
Tweet

“Green light means they’re highly insurable,” Meador says. “Yellow light means they’re probably insurable but might not get the best premiums, but if they did a couple of extra steps in their security posture they probably would move up to green. Red means that they need to do a little bit of work to their security posture, because they’re not looking insurable right now.” Partners can use the assessment results to propose follow-up projects and recommend needed security products, Meador notes.

DataStream also offers policy reviews to companies that already have coverage. “If they’ve got a great policy, we’re going to be the first to tell them,” Meador says, “but a lot of times when we do these reviews, we’re seeing that many of these companies are vastly underinsured.”

A common example, he continues, is when a business adds a cyber insurance rider to a general liability policy rather than purchase full-blown cyber protection. “The challenge is most riders on a GL policy only cover up to maybe $100,000,” Meador says, and most breaches inflict far more damage. “We often say that if you’ve got a rider on a GL policy it’s probably going to buy coffee for the incident response team during the first week, and that’s about all it’s going to cover.”

DataStream has been generating leads for its partners since last month, when it introduced a first-ever advertising campaign aimed directly at SMBs. “As we talk with customers who perhaps don’t have an MSP that they’re working with, or an MSSP, we can refer them to someone after we do a cyber insurance assessment,” Meador says.

ConnectWise, for example, has offered discounted coverage through an alliance with broker Fifthwall Solutions since June. Cloud management vendor Augmentt announced a similar deal with SeedPod Cyber the same week. Trend Micro and IGI CyberLabs, which makes the Nodeware vulnerability monitoring product, have been partnering with insurer Cowbell Cyber since earlier this year to helps end users apply for coverage more easily and pay lower rates.

GoTo Tightens Integration Between its Ticketing and Communications Apps
END_OF_DOCUMENT_TOKEN_TO_BE_REPLACED