ConnectWise Optimistic Despite Tough Times Ahead 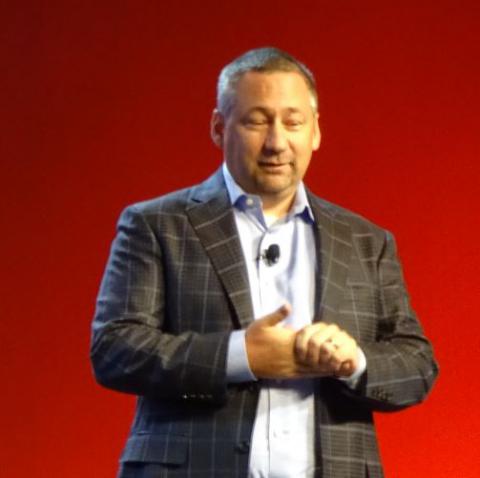 Speaking with ChannelPro today, CEO Jason Magee (pictured) described spending cuts and roadmap adjustments designed to help both ConnectWise and its partners make it past economic stagnation to the growth that will follow. By Rich Freeman
Tweet

No one, it seems, is immune from the economic effects of the COVID-19 crisis.

That includes ConnectWise. Even at a time when IT services and IT service providers are more essential than ever, the managed services software maker has seen its top line suffer in recent weeks as MSPs conserve cash in anticipation of tough times ahead.

“There’s been an immediate impact,” said CEO Jason Magee in a conversation with ChannelPro. Though he declined to quantify the scale of that impact, Magee called it “meaningful.”

“The impact’s real,” Magee says. “ConnectWise has definitely felt it.”

ConnectWise partners are feeling the effects of the COVID-19 outbreak too, adds Magee, who speaks with MSPs about 15 at a time every other day. A majority of the people in those meetings believe the worst of their pain is yet to come.

“Most of them feel like the impact will really hit them in the late May, early June timeframe,” Magee notes, adding that many partners are borrowing money or tapping into a line of credit to brace themselves for that hit.

ConnectWise, too, has been preparing for leaner market conditions. The company began formulating a response to the pandemic, in fact, back in February when early reports about health impacts started trickling in from a satellite office in Seattle, where both the first confirmed infection in the U.S. and the first death from COVID-19 in this country were recorded.

The plan formalized since then revolves around three core goals: making sure ConnectWise remains healthy and solvent, making sure the company’s 2,400 employees stay healthy and productive, and making sure as many of ConnectWise’s partners as possible come through the unfolding recession intact too. Looking after the company’s own balance sheet is, of necessity, the most immediate priority in that list, according to Magee, who likens the logic behind that thinking to the emergency instructions airlines recite before every flight.

“The first thing they say is ‘secure that air mask on you first,’” he notes, so you can then help others. “That’s kind of the approach that we started out on, was [being] secure in our air mask first, making sure that ConnectWise was going to be able to sustain and be healthy and have the cash flow and everything that we would need in case the worst scenario came about.”

Meeting that objective has entailed pausing or eliminating spending across the company, Magee adds, noting that the company is evaluating its plans for conferences in particular. At present, ConnectWise is scheduled to host its annual IT Nation Explore event in Orlando two months from now. Those plans, needless to say, are still very much subject to change.

“We’re keeping an eye on federal, state, and local governments and what they say we can and can’t do,” explains Magee, who expects to announce a final decision on whether to hold the conference live or present it online within the next two weeks. Either way, he notes, attendees can expect to see the challenges of staging a large show amid a public health emergency reflected in the format and agenda.