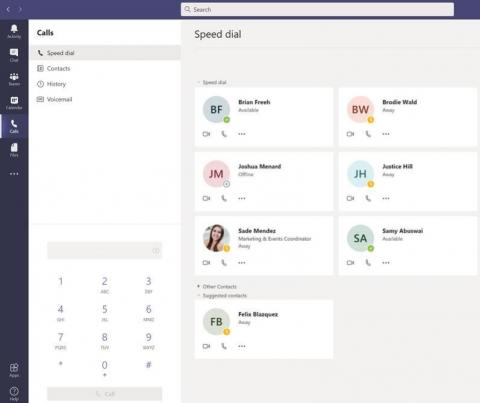 It also lets businesses draw on BVoIP’s 1Stream integration platform to create automated links between Teams and ticketing platforms like ConnectWise Manage and Datto’s Autotask PSA, or CRM systems from Salesforce, HubSpot, and others.

“We’ve merged the best of both worlds,” says George Bardissi, BVoIP’s CEO. “We took a very strong voice contact center and integration platform and merged it with the native Microsoft experience.”

Users access the system from within the same Teams interface they use to chat with co-workers, share files, and perform other tasks, rather than a dedicated app they must install separately.

Nucleus is based on Microsoft’s “direct routing” functionality, which links Teams to third-party telephony networks that remain available for making and receiving calls even when Teams is unavailable or experiencing poor performance.

Direct routing makes Nucleus more profitable for partners as well, according to Bardissi. Channel pros who add VoIP to Teams via Microsoft’s SMB business voice plan pay $20 per user per month (currently $15 per user a month for the first year under a promotional offer set to expire next April), and receive no margin in return. Nucleus users, by contrast, can buy Microsoft’s Phone System Direct Routing SKU, which generally costs less than half as much, instead but still charge clients the same $20 fee or more.

“You’re going from a very basic solution and you’re adding a whole bunch of other things on top of it,” Bardissi says.

“If you have 50 users and only 10 need the Microsoft phone system experience, your cost per user is a lot lower,” Bardissi says. “You can mix and match and immediately start to make money.”

Nucleus provides greater flexibility on hardware as well, he continues. Businesses that wish to attach desk phones and conferencing gear to a standard Teams deployment are restricted to Teams-only devices incompatible with other voice platforms. Nucleus subscribers, however, can use standard VoIP hardware.

“You can repurpose what could be an existing investment in devices without having to rip and replace,” Bardissi says.

All BVoIP users except a small number on discontinued legacy plans can begin using Nucleus immediately at no additional cost.

That’s one of several ways BVoIP has updated its five subscription plans. All of those plans now include 1Stream integration functionality at no extra charge as well. In addition, partners can for the first time choose between BVoIP’s traditional pricing, which is built around bundles of concurrent communication channels, and per-user rates.

ChannelPro 5 Minute Roundup for the Week of August 8th, 2022
END_OF_DOCUMENT_TOKEN_TO_BE_REPLACED