BVoIP Integrates with IT Glue 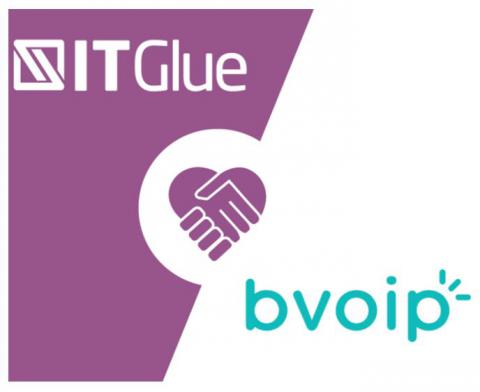 The new functionality, which rolled out last week and is available free of charge to all 1Stream users, automatically pulls up asset, configuration, and other data from an inbound caller’s documentation records.

“When people call in and are looking for help, the information you need in order to get them where they’re going is going to be there,” says BVoIP CEO George Bardissi of an MSP’s documentation system. “Our goal is to make sure that every time a call comes in, we’re presenting you that particular company or that particular contact’s documentation, or passwords, or whatever else that you have in the system right away.”

1Stream, the integration platform for BVoIP’s flagship unified communications service, allows users to exchange information automatically with PSA, CRM, ERP, and other third-party solutions widely used among MSPs. IT Glue is now the third documentation platform 1Stream supports, following earlier integrations with ConnectWise’s ITBOOST solution and (since earlier this month) IT Portal. According to Bardissi, users have been lobbying for interoperability with IT Glue since before Kaseya officially announced its acquisition of that company late in 2018.

“IT Glue is the 800-pound gorilla in this category,” he says, adding that an estimated 60 to 70% of BVoIP’s partner base uses the product. Integration with two additional, unspecified, documentation platforms is on 1Stream’s roadmap for the future.

“That really should round out this category for us,” Bardissi says.

Also in development is functionality that will allow users to automatically upload relevant information about unified communications deployments directly into IT Glue. “There’s a lot of assets there,” Bardissi notes, including phones, phone numbers, MAC addresses, and configuration settings. Further enhancements, including the ability to place calls through BVoIP from inside the IT Glue interface, are also under consideration.

“This is actually just the first swing of things,” Bardissi says. “We’ve already gotten some additional feature requests and ideas from some of our partners that have piloted this integration that we’ll probably revisit in the near future.”

BVoIP has been augmenting 1Stream’s capabilities steadily all year long. New reporting and search functionality and more granular control over integrations with ConnectWise Manage and Datto’s Autotask PSA, for example, have arrived within the last two months.

Jabra PanaCast Review - Get Your Huddle On
END_OF_DOCUMENT_TOKEN_TO_BE_REPLACED