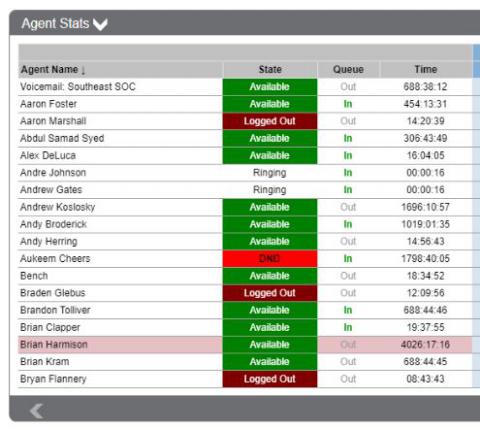 The new features, which include the ability to place BVoIP calls from directly inside ConnectWise Manage and HubSpot, are the latest in an ongoing wave of updates planned for this year. By Rich Freeman
Tweet

BVoIP has added in-app dialing, quality control, and dashboard features to 1Stream, the integration platform for its unified communications-as-a-service solution.

The new features, which are the latest in an ongoing wave of updates planned for this year, have rolled out gradually over the last month.

Included among them is click-to-dial support from within the ConnectWise Manage PSA system. When users of that solution click a phone number, 1Stream now automatically calls their desk phone, mobile app, or softphone, which then automatically passes the call along to the relevant recipient.

Similar functionality is available from inside HubSpot now as well. BVoIP has been gradually making click-to-dial capabilities available within popular customer management systems for some time and plans to continue that process, according to George Bardissi, the company’s CEO.

New as well in 1Stream is a tool that users can employ to diagnose technical issues, such as a lost connection between 1Stream and a third-party solution or between 1Stream and the phone system. The feature automatically fixes any problem it finds or sends an alert if its remediation efforts fail.

“We took the most common things that could crop up that affect our app experience and built a system checker tool basically to help people self-service that to resolution,” Bardissi says.

Other recently added 1Stream enhancements are designed to improve call quality. A new inbound call scripting feature, for example, automatically shows users what to say when answering the phone. Organizations that have dedicated numbers for specific customers or business units can associate different scripts with specific inbound lines as well.

New call scoring surveys, meanwhile, let supervisors and trainers grade either live or recorded calls based on a customized list of attributes. Managers can also use the new call path tracing feature to view the exact series of steps a call took on the way to its final destination.

“For example, a call came in and it went to this auto attendant. Then they pressed this option, it went to this ring group, which then went to this person, and got forwarded to this other person’s department,” Bardissi explains. Businesses can use that information to accelerate the resolution process when dealing with customer service complaints, or simply to see how efficiently they route service calls.

Several new features expand the capabilities of 1Stream’s call reporting dashboard, which provides statistics by user for matters like calls answered, average time per call, and total time for all calls. BVoIP partners can now configure that portal to provide the latest figures automatically at preset intervals rather than only after a manual refresh. That makes displaying the dashboard on a wall-mounted monitor in a call center where everyone can use it to track progress a more practical option, Bardissi notes.

Managers who wish to drill into reporting data can also view call data for 15- and 30-minute periods now instead of just 60-minute increments like before. “Sometimes, based on how heavy call volume is, one hour is too long,” Bardissi notes.

Jabra PanaCast Review - Get Your Huddle On
END_OF_DOCUMENT_TOKEN_TO_BE_REPLACED