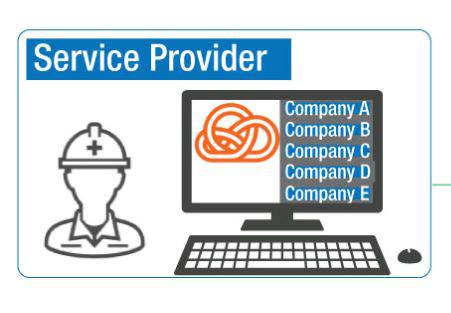 Available free of charge, the forthcoming cloud-based solution lets MSPs administer an entire fleet of storage units from the vendor’s TeraStation product family through a single console for the first time. By Rich Freeman
Tweet

Buffalo Americas has unveiled the first multi-tenant management solution for its TeraStation line of NAS appliances.

Called the Remote Management Service (RMS) and due to reach market in the U.S. and Canada this fall, the new tool is designed to help MSPs oversee an entire fleet of TeraStation devices through a single console. It is a significant improvement over earlier remote administration systems that required users to inspect and administer storage devices individually, according to Bill Rhodes, Buffalo America’s director of channel sales.

“Basically, it’s going to give these guys the ability to not have to put their hands on every unit that’s out there,” he says. “It’s been a long time coming.”

When the first RMS release ships, it will support units in the latest-generation TeraStation 5010 and 3010 product families. Additional support for earlier TeraStation systems is set to arrive in the future. Buffalo plans to add an edition of the product for corporate IT departments at an unspecified later date as well.

The system will be available free of charge to anyone with a supported TeraStation device. “You don’t have to be a Buffalo partner,” Rhodes notes.

RMS is a 100% cloud-based solution. According to Rhodes, that distinguishes it from similar products from other storage vendors that must be installed on a local NAS drive. “If that NAS goes down, you’re going to go out on site,” he notes.

Key features in the new system include the ability to display status, capacity, uptime, and other facts about all of an MSP's managed devices.  Users can record maintenance contracts, warranty information, and other essential facts about those units as well, and assign hierachical user roles to them with varying administrative privileges.

RMS also lets technicians shut down and restart devices, either manually or at pre-scheduled times, and distribute firmware updates on a scheduled basis. The system can automatically collect debugging logs as well, and send them to Buffalo Americas during advanced troubleshooting sessions.

Many of the functions supported by RMS are unavailable in Buffalo’s current single-unit remote management software. “Previously, there were some things you had to put your hand on the box,” Rhodes says. Switching to RMS, he notes, will reduce the number of expensive truck rolls channel pros must perform.

RMS will be supplied to MSPs via a firmware update that qualified TeraStation users can register for online.

The introduction of RMS is the latest step in an ongoing “customer first” campaign initiated by Buffalo Americas several years ago. Other elements of that campaign include consolidating the company’s pre- and post-sales support teams in San Antonio, Texas, and adding three new employees to Buffalo’s four-person channel sales team. The latter move has enabled the vendor to stay in closer contact with its resellers.

“We touch all of our partners quarterly, at least just a quick check in to let them know we’re interested in where available for them,” Rhodes says.

Last fall, Buffalo introduced a free data recovery service for incidents involving logical failures. On average, Rhodes says, the offering saves businesses a little over a little over $3,000 per failure.