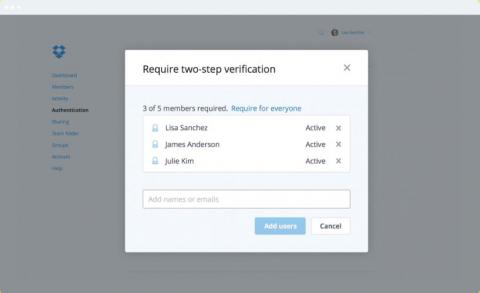 Together, the managed services automation firm and file sync and share leader will seek to help MSPs add file-based collaboration offerings to their existing service portfolios. By Rich Freeman
Tweet

The two companies, both of which are members of Microsoft’s partner ecosystem, announced their new relationship at the Microsoft Worldwide Partner Conference, currently underway in Toronto.

For BitTitan, a managed services automation firm that equips MSPs to sell and market products, onboard clients, and deliver services more efficiently, partnering with Dropbox will arm its customers to add a lucrative new offering to existing Microsoft Office 365 service bundles.

“A lot of Microsoft partners who are selling Exchange Online are looking for ways to differentiate their offering by adding file collaboration,” says Rocco Seyboth, BitTitan’s vice president of product and marketing. “Giving them the ability to create services revenue around Dropbox is something that they were asking for.”

Dropbox, for its part, sees BitTitan’s MigrationWiz data migration solution as a potent tool for moving files and folders from competing systems to its own highly popular platform.

“We want to make it easy for our partners to work with us, and that includes data migration,” says Hank Humphreys, Dropbox’s head of global channel sales.

According to Seyboth, simplicity is where MigrationWiz excels.

“File migration can be hard,” he says. “BitTitan partners can start selling and migrating Dropbox literally in one hour without going out and getting special certifications.”

Though the partnership announced today is already in effect, integrating MigrationWiz with the Dropbox platform remains work in progress. The two companies plan to roll out two initial migration services, however, in mid-August. One will help resellers of file sync and share services from Box Inc., of Redwood City, Calif., move customers onto Dropbox. The other will target solution providers looking to help clients move on-premises files into the cloud. A third service for migrating files from Microsoft’s OneDrive solution to Dropbox will reach market later this year.

“We have no plans to change that,” he says. “They’ll pay a license fee for MigrationWiz when they do a migration, but all of the other resources in MSPComplete, including for example leads and the use of sales automation, targeted sales scripts, that’ll all be available completely free to Dropbox partners.”

As part of the agreement revealed today, BitTitan has also joined the Dropbox Premier Partner Program. Seyboth calls that a largely “symbolic” move intended to underscore the importance of its Dropbox relationship, but adds that it also grants BitTitan employees access to the same technical and marketing resources Dropbox partners utilize.

“We can just kind of stay close to what’s going on so that we can help our partners, and those mutual partners that we have with Dropbox, just get the best experience out of selling Dropbox and creating revenue around Dropbox,” he says.

Though Dropbox partners with a wide range of vendors, Humphreys says it has no plans to enter into similar data migration alliances with BitTitan competitors any time soon. BitTitan, on the other hand, emphasizes that while Dropbox is now among its top go-to-market collaborators, it will continue assisting its customers migrate files into Microsoft OneDrive.

“Most of them want the ability to analyze different offerings and create a best of breed bundle for their customers,” Seyboth says.

For Dropbox, allying with BitTitan is the latest step in an ongoing and aggressive campaign to shift primary responsibility for selling Dropbox Business, a version of the Dropbox solution with more robust security features, to channel partners.

“We have pivoted very hard from building out a direct sales force to building out a channel management team,” Humphreys told ChannelPro during an interview in April. The company, which had roughly 2,200 resellers as of January, now has over 3,400 and hopes to exceed 5,000 by end of year.

“We’ve seen a lot of traction in the channel over the past 18 months,” Humphreys says.