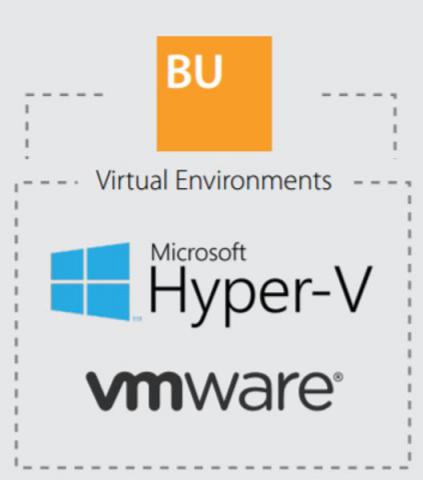 The new 2.0 release includes a simpler user interface, shorter boot times for temporary virtual servers, and the ability to launch VMs in Barracuda’s public cloud based on Microsoft Hyper-V.

The most significant change in LiveBoot 2.0, now in general availability worldwide, is the ability to launch temporary cloud-based virtual servers based on Microsoft’s Hyper-V hypervisor when primary systems are unavailable. Until now, VMware vSphere has been the only hypervisor Campbell, Calif.-based Barracuda supported, and it remains the sole deployment option for virtual backup machines hosted on local infrastructure.

The addition of Hyper-V support responds to increased use of that platform by Barracuda resellers and their customers, according to Chris Crellin, senior director of product management at Barracuda’s Chelmsford, Mass.-based Intronis MSP Solutions division.

“We’re seeing more and more of the lower end of the market, especially, moving into Hyper-V versus VMware,” he says.

“It opens up a bigger addressable market of customers,” he says.

At present, Barracuda has no plans to make the third leading hypervisor, Citrix XenServer, an additional deployment choice.

“I don’t see right now the market share to justify that sort of support,” Crellin says.

Other changes in the new edition of LiveBoot include performance upgrades that enable users to spin up virtual servers significantly faster. The upshot can be significant savings for end users, Crellin notes, citing industry estimates that downtime costs the average company $8,662 per minute.

“Having functionality like this can save businesses a lot of money,” he says.

“It can be hard to spin up multiple VMs in a case where maybe the whole site goes down due to a disaster or a power outage,” Crellin observes.

Users of Barracuda Backup—Intronis MSP Edition get LiveBoot 2.0 at no additional cost as well. Introduced a year ago, that product features subscription-based pricing that lets MSPs pay for the system via same monthly payments they charge customers. It has been available in both physical and virtual form factors since August.

Jabra PanaCast Review - Get Your Huddle On
END_OF_DOCUMENT_TOKEN_TO_BE_REPLACED