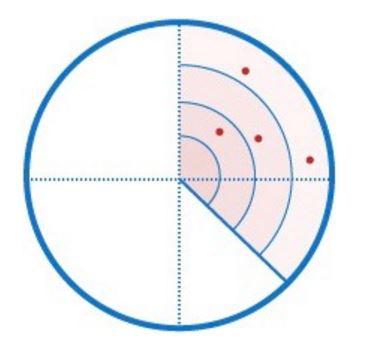 Available free for a limited time, the system is designed to boost sales of the company’s Office 365 security and data protection suite by exposing ransomware and advanced persistent threats hidden in corporate mailboxes. By Rich Freeman
Tweet

Named Barracuda Email Threat Scan for Office 365, the system is primarily designed to be a sales tool for Barracuda Essentials for Office 365, a suite of security, archiving, and backup applications that reached market in January.

“At the end of the day, it’s a lead gen for partners but it’s a lead gen for us as well,” says Neal Bradbury, senior director of business development for Barracuda’s Chelmsford, Mass.-based Intronis MSP Solutions division. Intronis introduced its own edition of Essentials for Office 365 with subscription-based pricing in May.

Entirely based in the cloud, Barracuda Email Threat Scan for Office 365 remotely searches a company's Office 365 mailboxes for attachments, transfers those it finds to an isolated “sandbox” environment, and then opens them, keeping track of any that prove to contain malicious payloads.

“It’ll find the effects of these macros or anything else in a Word document or maybe a zip file,” Bradbury says. “It’s actually looking [at] and detonating what’s in them.”

When it’s work is complete, the system issues a report listing everything it found and suggesting remediation steps. Resellers can use that information to convince businesses without an email security system that they need one, or to persuade companies that do have an email security application that they should replace it. In either case, Barracuda hopes Essentials for Office 365 is the recommended solution.

In use on an informal basis since early July, the new threat scanning tool has already been used to scrutinize 20,000 Office 365 mailboxes. Fully 93 percent of corporate email accounts scanned by the system had at least one advanced persistent threat, and the average account contained 125.

“It’s crazy that it was able to find that much, and it’s just sitting there waiting for a user to click and cause a problem,” Bradbury says.

Barracuda is offering Email Threat Scan for Office 365 free of charge for a limited but unspecified time. The company has no definite plans at present to turn the system into a revenue-generating product when that deal expires, Bradbury says, but is considering that option.

In February, Barracuda released a similar tool for tracking down vulnerabilities in websites and Web-based applications. That system has been free as well since June.

Bradbury declined to provide specific sales figures for Barracuda Essentials for Office 365 or the Intronis version of that system since their introduction earlier this year, but characterized them as strong.

“Partners are incredibly receptive,” he says. “It gives an MSP an affordable tool that they can go and deploy to their small businesses.”

ChannelPro 5 Minute Roundup for the Week of April 5th, 2021
END_OF_DOCUMENT_TOKEN_TO_BE_REPLACED

Jabra PanaCast Review - Get Your Huddle On
END_OF_DOCUMENT_TOKEN_TO_BE_REPLACED