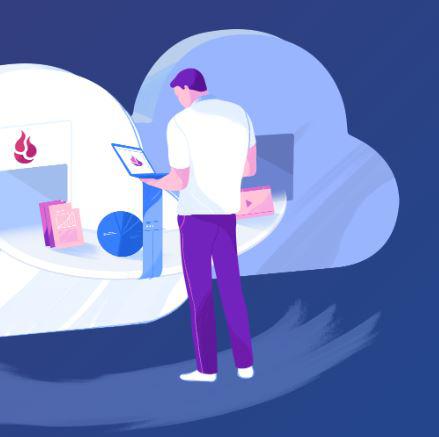 Together with a free cloud-to-cloud migration program, the company says, the new interfaces remove a significant impediment to transferring data from Amazon Web Services to Backblaze’s comparatively economical platform. By Rich Freeman
Tweet

Backup and cloud storage vendor Backblaze has rolled out a set of APIs compatible with the Amazon Web Services S3 platform.

The new interfaces, which are accompanied by a free cloud-to-cloud migration program, remove an impediment that kept some channel pros from moving data currently stored in Amazon’s market-leading public cloud to upstart Backblaze’s comparatively economical B2 cloud, according to Ahin Thomas, the vendor’s vice president of marketing.

“They can just switch it over and make more money in minutes,” he says.

The new S3 compatible interfaces supplement an earlier set of native APIs that currently link B2 to hundreds of third-party applications and devices. Potential Backblaze customers, however, employ a far larger number of tools that couldn’t exchange data with Backblaze’s platform before but did support S3.

“Everybody’s integrated with S3,” Thomas notes. Now users of those additional systems, he continues, can use B2 instead without disrupting their current environment.

Lower prices, and thus higher profits, are a central part of Backblaze’s value proposition. B2 users pay half a cent per GB per month for storage capacity, versus at least 2 cents a GB monthly on AWS. Downloads, moreover, cost 1 cent per GB, versus 9 cents and up with S3. As a result, Thomas notes, MSPs who switch to B2 without changing their AWS-appropriate rates can clear significantly more money on cloud storage services.

“Our channel partners see us as a tremendous way to increase their margin,” he says.

The free migration program that Backblaze also launched this week is designed to make transferring data into B2 even more attractive for S3 users. The new offering lets organizations with at least 50 TB of data to move, and who commit in advance to at least 12 months of Backblaze service, migrate everything into B2 at no cost.

“We want to motivate people,” Thomas says, noting that Backblaze normally charges 4 cents per GB for transfers. The half cent per GB that B2 newcomers pay monthly makes up for that revenue, however, in just eight months.

“As a company that has built a sustainable model, I can afford that kind of customer acquisition cost all day long,” says Thomas, noting that users re-platformed over 2 petabytes of data through the migration program during a recent private beta. Customers with less than 50 TB in S3 can recoup the 4 cents per GB they pay for migration by month three, he adds.

Backblaze introduced a beta version of its S3 APIs, following extensive lobbying for such a feature from users, in May. In the brief period since then, more than 3,000 companies have tested the interfaces against over 1,000 third-party tools, including products from Cohesity, Commvault, and Veeam.

Founded in 2007, Backblaze currently stores more than an exabyte of customer data.
According to Thomas, the company is popular with businesses in the media and entertainment industries, among others, that have large volumes of videos, photos, and other digital assets, as well as businesses looking for an inexpensive repository for server backups.

In addition to cloud storage, Backblaze offers a similarly low-cost backup service with unlimited storage rights. Resellers of that product receive 10% commissions for the lifetime of an end user’s contract. “Every time the customer renews, our partners get paid again,” Thomas says.

Backblaze made ChannelPro’s “Vendors on the Vanguard” list for 2017.

Jabra PanaCast Review - Get Your Huddle On
END_OF_DOCUMENT_TOKEN_TO_BE_REPLACED