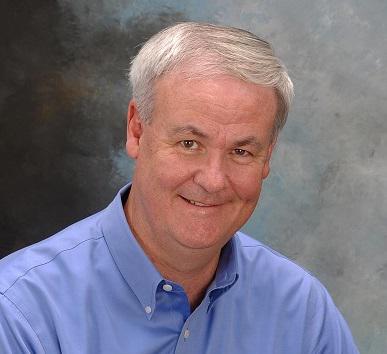 Avast Software has completed its $1.3 billion acquisition of AVG Technologies N.V. and put a new executive in charge of its newly combined SMB business.

Glenn Taylor, formerly Prague-based Avast’s chief strategy officer, is now chief of staff and general manager of SMB. Fred Gerritse, previously general manager of AVG Business, will step down from that post but remain on board for several months to assist Taylor with the transition.

“He’s been a great wealth of information to this point,” says Taylor of Gerritse.

Avast announced its intention to buy AVG in July. It emerges from the now formally closed transaction as one of the largest security software vendors in the world, with over 400 million customers worldwide and a product family that, the company says, safeguards one third of the world’s PC users outside China. The data Avast collects from all those endpoints will enable it to identify emerging exploits sooner than smaller competitors, the company claims, and neutralize threats faster as well.

With the AVG acquisition now behind it, Avast has two families of consumer- and business-oriented security products that overlap in multiple categories. Combining them into a single rationalized portfolio is one of Taylor top priorities.

“There’s a lot of similarity between what AVG has and what we have,” he says. “There’s room for us to simplify and consolidate those products.”

That work is underway now, Taylor adds, and will take a minimum of six months. The new, unified product line will share a single, as yet undetermined, brand. Avast will conduct market research in the coming months to determine which brand is likely to carry the most weight with buyers.

In the meantime, Avast plans to respond to partner input by giving its own resellers access to AVG products and letting AVG partners resell Avast offerings. That step should come soon.

“We think we’ll do that very quickly,” Taylor says.

“I don’t think there’s much doubt that you have to do something more than [secure] consumer desktops to be truly diversified in the market today,” he says.

Having RMM and security solutions under the same roof also positions Avast to distinguish itself from other vendors in both product categories, Taylor notes, by embedding security functionality directly within Managed Workplace and RMM functionality inside the company’s security systems.

“We think that this combination gives us the ability to bring differentiating features to both the RMM line as well as the security line,” Taylor says.

Gerritse took charge of AVG’s SMB segment last November shortly after Gary Kovacs, AVG’s CEO and managing director, characterized revenue in that business as “not yet meeting our expectations for overall growth” during a quarterly earnings conference call. For now, at least, Taylor has no plans to make more than “minor tweaks” to the turnaround strategy Gerritse has been rolling out since then, which emphasizes partner education, streamlined business processes, and simplified licensing through a defined list of broad-line and specialized distributors.

“We need to look at the data to see how things are coming together and see if there are any minor adjustments,” Taylor says. “For the most part I think we will adopt the strategy that Fred and his team have laid out.”

That team will undergo personnel changes however, Taylor confirms. Most of the leaders in the new leadership group he’s now assembling will be AVG veterans, he continues, rather than Avast transfers or newcomers. Its top mission will remain improving AVG’s disappointing SMB sales performance.

“We need to make it easier to do business with us,” he says, citing the vendor’s often siloed backend business systems as an example of the obstacles he will be looking to remove for channel pros going forward. That’s not all Taylor plans to do for AVG’s reseller and MSP channels either.

“Their voice, their feedback, needs to guide our product roadmap and direction in the future,” Taylor says.