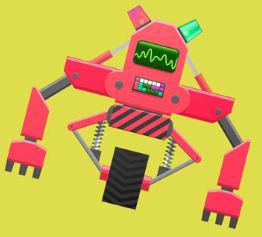 ServiceTree, a newcomer to the U.S. channel, has joined the increasingly crowded market for comprehensive managed services platforms.

The Australian company, whose U.S. headquarters are in Hollywood, Fla., officially launched its integrated solution worldwide at the 2019 MSP Expo conference this week, which took place up the road from Hollywood in Fort Lauderdale.

All of those modules emphasize automation and consistency. “It’s driven around the technician,” says Azad of ServiceTree’s software, adding that while effective administrators are an MSP’s greatest asset, ineffective ones are its greatest liability. “You lose a lot of money if your team is not efficient in what they’re doing,” he notes. ServiceTree is designed to maximize efficiency by automatically opening, categorizing, prioritizing, and assigning tickets based on an MSP’s standard operating procedures.

“That’s really the crux of it,” Azad says. “With ServiceTree, nothing is manual.”

The system uses pre-defined, step-by-step “question trees” to walk technicians through approved and optimized workflows when working on tickets. “It will guide the technician through doing what they need to do to resolve the issue,” Azad says. The solution comes with a set of customizable question trees that ServiceTree plans to expand every month. Users can define entirely new processes themselves from scratch as well.

Significantly, ServiceTree’s software, rather than the technician using it, decides which question tree to apply to a given issue. “If there’s a problem we’ve never seen, the ticket will end up going to one of your level two or level three techs,” Azad says.

The software also decides what technicians do next every time they close a ticket. “They don’t cherry pick a ticket,” Azad says. “They don’t need to look through a ticket list and say ‘which ticket can I work on,’ or ‘which ticket do I even want to work on,’ or ‘which customer do I feel like helping now?’” Instead, a proprietary technology called Open Next automatically hands them a new service request to tackle based on the severity of the problem, the importance of the client, and your SLA commitments to that customer, among other variables. The solution takes a technician’s skills and experience into account as well.

ServiceTree automatically records every action technicians take while working tickets on video. Employers can use that footage for training purposes, for documentation during regulatory compliance audits, or to define best practices for newly-encountered issues that don’t yet have a corresponding question tree.

Technicians can’t turn that functionality on or off themselves, Azad notes, adding that they can’t fudge the numbers on their timesheets either. “They take six minutes to do a job, but they’ll put in 15,” he says. “I’m a techie, and I used to do it.” ServiceTree eliminates those inaccuracies by preparing timesheets for administrators itself automatically based on the precise times they start and stop working on tickets.

ChannelPro 5 Minute Roundup for the Week of January 23rd, 2023
END_OF_DOCUMENT_TOKEN_TO_BE_REPLACED