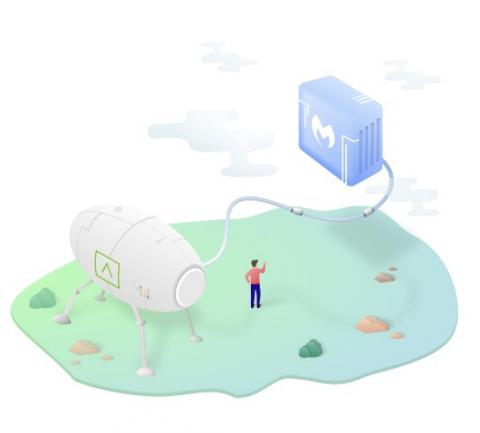 Atera users can now administer products in the Malwarebytes Nebula platform from within the same management console their technicians use for other activities. By Rich Freeman
Tweet

Atera users can now administer Malwarebytes software, including the company’s incident response, endpoint protection, and endpoint protection and response services, from within the same management console their technicians use throughout the day for other activities.

Atera says it’s the first RMM vendor to offer an automated integration with OneView. Initial capabilities available now include the ability to activate Nebula licenses from inside Atera’s application with a single click.

“One minute later they’re activated,” says Tal Dagan, Atera’s chief product officer. Users can then deploy those licenses with a second click, he adds. “We’ll deploy to all of the devices on that customer or to a specific device.”

Coming next quarter is additional functionality that will send alerts from Malwarebytes products directly to the Atera RMM interface. “You’ll be able to get the alert and open up tickets accordingly, if you wish, automatically,” Dagan says.

In the final quarter of the year, Atera will add the ability to invoice customers for Malwarebytes products through its PSA solution or an outside accounting solution as well as device-specific reports on security issues detected and addressed by Malwarebytes software over specified intervals.

According to Atera, benefits of the new integration include faster identification of security problems and less “swivel chairing” between separate management consoles.

“All of that saves a lot of time for our customers, and I think that’s especially what they’re looking for,” Dagan says. “They want to invest less time in mundane task, in tasks that are very technical to do, and [spend] more time on stuff that is more meaningful.”

Atera’s decision to integrate its core products with the Nebula platform came in response to requests from its partners, many of whom are fans of Malwarebytes solutions. “They detect a lot of issues that are not detected otherwise,” Dagan says, noting that many MSPs appreciate the products’ ease of use as well.

The Malwarebytes product team simplified development of the integration process, Dagan adds. “They’re really enthusiastic and they wanted to make this happen.”

Atera software already integrates with security offerings from Acronis, Bitdefender, and OpenText’s Webroot unit, among others. The company plans to add further security integrations in the future. “In security there’s a lot of people that have different tastes on what they’d like to see,” Dagan observes.

Several additions to that list, only some of which will be security-related, are due to arrive next month. Dagan declined to provide further details about those or other future plans, except to say that integration with Google’s Looker reporting platform is in development.

Malwarebytes and its recently appointed channel chief, Brian Thomas, are in the midst of a concerted drive to grow recurring revenue and recruit MSP partners. Integrations with RMM vendors are a key element of the company’s strategy for achieving those goals, as Thomas told ChannelPro last month.

Atera currently has more than 10,000 customers across 105 countries.