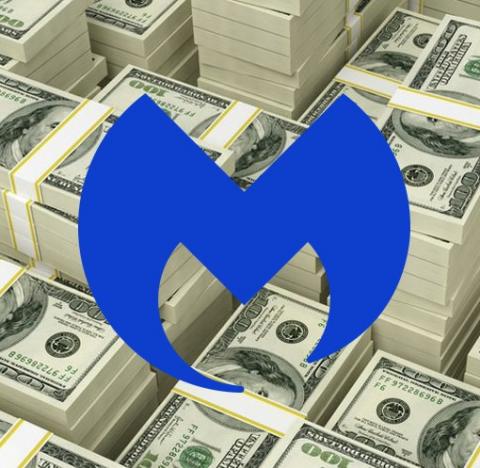 To meet ambitious growth targets for its MSP partner base and subscription revenue, the security vendor plans to add two-tier distribution, roll out more RMM and PSA integrations, extend the capabilities of its Nebula security platform, and more. By Rich Freeman
Tweet

When Brian Thomas became the new channel chief at Malwarebytes seven months ago, there was little ambiguity about what he’d been hired to do.

“The mission was really clear cut from the beginning, and it was audacious,” said Thomas in a conversation with ChannelPro this week at the RSA Conference in San Francisco.

Audacious indeed. Thomas, who is officially vice president of worldwide MSP and channel programs at Malwarebytes, has been tasked with growing the vendor’s MSP partner base from roughly 2,200 today to 10,000 by the end of 2025, and to grow recurring revenue from approximately $14 million to $100 million by the same deadline.

Perhaps most significantly, the new portal also includes a deal registration system, which is a first for Malwarebytes and a down payment on other forthcoming measures aimed at making the company both easier and more attractive to partner with.

Those include deals set to arrive in the next year that will make the cloud-hosted Malwarebytes Nebula security platform available through the same online marketplaces MSPs use to buy other products. Without naming names, Thomas hints that well known distributors and makers of managed services software are likely to be among the vendors involved in those agreements, which are a marked departure from today’s status quo in which partners can buy Nebula only from Malwarebytes itself.

“The two-tier model is coming,” Thomas says. “Major partnerships are going to be unfolding that will allow MSPs to purchase through their chosen conduits.”

Nebula, which already includes endpoint protection, EDR, and incident response functionality, will be gaining new capabilities as well. Malwarebytes announced the addition of vulnerability assessment and patch management modules in March and previewed a soon-to-be-released DNS filtering module this week. Look for more RMM and PSA integrations to join current ones with software from ConnectWise, Datto, and Kaseya as well.

Together, Thomas explains, those and other changes will turn Nebula and the multitenant OneView management console into “a full-service platform for the modern MSP that will be integrated seamlessly with all of your RMMs and all of the aggregators or distributors that you choose to purchase from.”

Thomas is staffing up to support the thousands of partners he’s been charged with recruiting too, hiring everything from account managers and partner success specialists to presales engineers and support technicians.

The thinking behind all those investments is what Thomas calls a “strategic imperative” endorsed from the CEO down. “What we’re doing is really fulfilling what the mission of the company has always been, and that’s to serve the underserved and protect the most vulnerable,” he says. Today, Thomas continues, that’s SMBs, and it’s MSPs who support them.

“This is absolutely, very specifically, part of the overall go to market strategy that we’re doubling down on,” Thomas says.

The advantages Malwarebytes enjoys in pursuit of that strategy, he adds, are name recognition from its well-known consumer products, best in class remediation functionality, intuitive user interfaces, and competitive pricing.

“It’s a potent recipe for success,” Thomas says. It’ll have to be for Malwarebytes to realize the ambitious goals its set for itself in managed services.