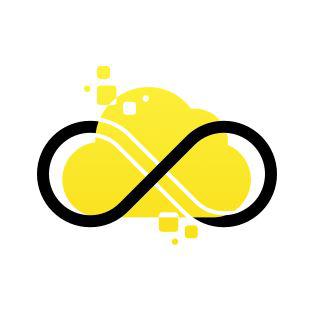 The new functionality is part of an ongoing effort to turn UDP into a comprehensive platform protection data on physical and virtual systems both locally and in the cloud. By Rich Freeman
Tweet

Arcserve has shipped a new edition of its Unified Data Protection solution with support for the Nutanix AHV hyperconverged infrastructure (HCI) platform and Microsoft’s OneDrive file sync and share solution.

Available now, version 7.0 of Arcserve’s backup, disaster recovery, and archiving platform for on- and off-premises environments is the first to include built-in integration with a hyperconverged infrastructure solution. Arcserve chose to add that functionality, and to make Nutanix AHV the first HCI platform it supported, due to the rapidly increasingly popularity of HCI systems generally and Nutanix-based systems specifically.

“Everyone is telling a hyperconverged story these days,” says Stephen Thomas, senior vice president of sales for North America at Arcserve. “Being able to demonstrate that really high level of integration with Nutanix was important to us.”

Arcserve collaborated directly with Nutanix to ensure that AHV users get the same support as users of VMware’s virtualization platform and Microsoft’s Hyper-V, including instant virtual machine generation, virtual standby, and agentless backups. “We worked extensively with the folks at Nutanix to make sure that we had feature parity,” says Mark Johnson, director of presales for North America.

Global sales of hyperconverged systems climbed 57.2 percent year over year in the fourth quarter of 2018, according to recent data from IDG.

According to Johnson, many Microsoft cloud resellers need that functionality more than they realize. “They move to [Office] 365 to take away some of that burden of on-prem, but it also increases some additional issues,” he says, pointing to data retention for regulatory compliance purposes as a prime example.

“It’s replicated,” Johnson says of Office 365 data, “but think about the long-term implications of trying to keep that data around for three years, seven years.” Or consider what happens when you remove a user from an Office 365 deployment, he adds.

“They’ve only got ninety days for the retention, or thirty days or a year depending upon what licensing vehicle they have,” Johnson notes.

Adding Nutanix and OneDrive protection to UDP is part of a larger strategy on Arcserve’s part to turn the product into a comprehensive backup and archiving solution that helps MSPs avoid the protection gaps potentially associated with using multiple solutions from multiple vendors. “We can do physical, virtual, VMware, Hyper-V, Acropolis, Linux, Unix, Windows, and private and public cloud,” Johnson says.

Though Nutanix is the first HCI platform UDP protects, it won’t be the last. “We endeavor to expand and deliver additional support for other hyperconverged players as we move forward, but are strongly committed to our relationship with Nutanix,” Johnson says.

Arcserve is open to supporting SaaS offerings beyond Office 365 as well. “We have customers who ask us about Salesforce and NetSuite and some of those other things,” Johnson notes. “Right now, our focus is on getting [Office] 365 right, and I think that we’ve done that.”

Technology is one part of multi-element strategy for re-igniting interest in Arcserve among MSPs. The revamped partner program that the company introduced last August is another.