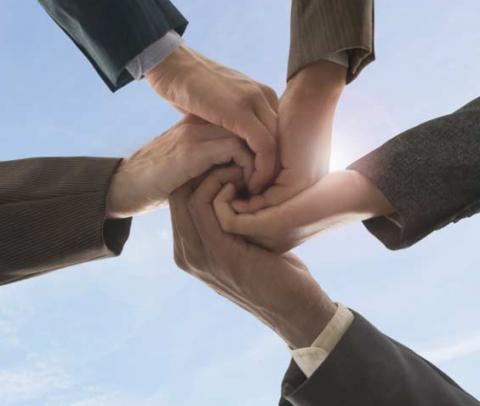 APC by Schneider Electric has added a new managed services track to its global partner program.

Shaped by extensive input from resellers, as well as the West Kingston, R.I.-based power management vendor’s own conviction that services are the next big opportunity for its channel, the new offering includes access to integrations with RMM applications from AVG Technologies, ConnectWise, Kaseya Ltd., and SolarWinds N-Able.

For the first time, MSPs will be equipped to get remote status and usage information about APC by Schneider Electric UPS hardware through the same tools they use to administer the rest of their clients’ infrastructure. At present, those abilities are limited to devices in the APC Smart-UPS family, but the company plans to add further UPS lines in the future, along with power distribution units, cooling systems, and other products.

The new managed services track offers existing MSPs a way to reduce operational costs for themselves and their clients through more effective remote management, company officials say. Resellers not yet providing managed services, meanwhile, can use it to add a services-based recurring revenue stream to their business at a time of slowing hardware sales and shrinking margins, especially in the SMB space.

“If I can enable them to gain some more service revenue and manage more of our products and our fleet along with their current scope, that opens up the door to further conversations,” he says. “That’s to me the big opportunity for all of us that we can take advantage of and that I think we can personally take better advantage of.”

APC by Schneider Electric also expects the new program track to help it forge ties with an entirely new class of service providers that don’t currently sell or support its products.

“What we’re really excited about is the net new partners,” says Leslie Vitrano, director of channel marketing and communications for APC by Schneider Electric.

Though he declined to specify names or timing, McKernan stated that the four RMM platforms currently included in the new program track are just a starting point.

“If partners are utilizing an RMM tool, we’re going to look to integrate with them,” he says, pointing to systems from Continuum Managed Services LLC and Autotask Corp. as two of several possible candidates. The company also plans to links its solutions to PSA software from companies such as ConnectWise and Tigerpaw Software Inc.

Adding MSP resources is but the latest in a series of ongoing investments McKernan has been making in the APC by Schneider Electric channel since entering his current job some 18 months ago. Others include a major partner program revamp last summer and a roughly 100 percent headcount increase in partner-focused sales and support personnel. According to McKernan, those efforts are already bearing fruit.

“We’ve had high single-digit growth in our channel business in North America now for the last quarter or two, and that hadn’t been the case prior to that,” he says.

“Those [metrics] are just as important to us as a company as revenue,” she says.

APC by Schneider Electric isn’t the only power management vendor eyeing services as a way to replace decreasing hardware revenues. As ChannelPro has reported previously, Eaton Corp. is currently pursuing a similar strategy.

ChannelPro 5 Minute Roundup for the Week of January 11th, 2021
Why IT Is Still Great for Career Changers, Even Amid COVID-19
END_OF_DOCUMENT_TOKEN_TO_BE_REPLACED

Jabra PanaCast Review - Get Your Huddle On
END_OF_DOCUMENT_TOKEN_TO_BE_REPLACED