AlienVault to Partners: It’s Business as Usual Under AT&T, Only Better 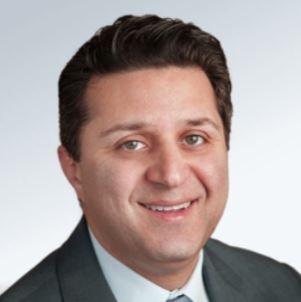 Fear not, AlienVault partners. The security vendor you’ve worked with in the past may be part of a much larger corporation now, but all that’s going to mean for you is access to expanded training, marketing, and sales resources.

That’s according to Barmak Meftah, who was president and CEO of San Mateo, Calif.-based AlienVault Inc. until yesterday, when that company’s acquisition by AT&T (first announced in July) officially closed.

“For all intents and purposes, not much is going to change except for a lot more support coming from us,” says Meftah, who now has two titles: CEO of AlienVault and president of the newly formed AT&T Cybersecurity Solutions unit, which encompasses both AlienVault and AT&T’s legacy security services and solutions business. A standalone operation with its own P&L statement as well as its own sales, marketing, and engineering teams, the new group reports directly to Thaddeus Arroyo, CEO of AT&T Business.

For now, Meftah plans to run the dual portions of his organization independently. “The goal is to keep the two groups focused on what they do best,” he says, and to minimize potentially growth-slowing disruption in the process. The AlienVault and AT&T cybersecurity partner programs will remain autonomous as well. “We want to continue what’s already going well,” Meftah explains.

That said, helping AlienVault take advantage of AT&T’s strengths and vice versa will be one of Meftah’s top initial priorities. “Immediately, we’re going to start looking for areas of integration and synergies to accelerate the growth between the two businesses,” he says.

For AlienVault, which has traditionally sold to midsize companies, the biggest such near-term opportunity will be tapping into AT&T’s massive account base. “They have reach to over 3 million mid-market customers globally,” Meftah says. “Even with a minimal attach rate to that customer base, we could accelerate the business dramatically.” The large enterprise buyers that AT&T’s cybersecurity division mostly serves, he adds, represent another potentially rich new revenue source for AlienVault.

On the flip side, AlienVault offers AT&T a way to take solutions it sells almost exclusively to large businesses now down market. According to Meftah, the main reason mid-market companies with limited IT staffs can’t use those systems today isn’t so much their price tag as the challenges of integrating and managing them. AlienVault’s USM Anywhere platform, however, already automates and orchestrates third-party products from Microsoft, VMware, McAfee, and a wide range of other vendors in its “AlienApps” ecosystem. In theory, there’s no reason AT&T couldn’t extend that functionality to the most complex—and powerful—security products it sells.

The result, according to Meftah, would be “democratizing enterprise-class security” for midsize businesses. “The idea is can we provide them the same sophisticated enterprise-class security solutions that were only available to the top end of the market, but provide them in a way that they can consume it,” he says. “That’s just going to be a game changer for the industry.”

ChannelPro 5 Minute Roundup for the Week of January 11th, 2021
END_OF_DOCUMENT_TOKEN_TO_BE_REPLACED

Jabra PanaCast Review - Get Your Huddle On
END_OF_DOCUMENT_TOKEN_TO_BE_REPLACED