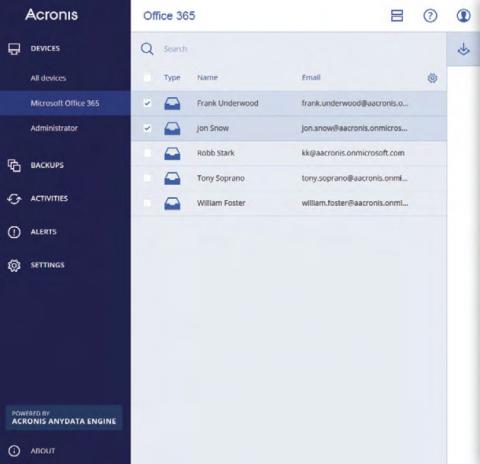 Timed to coincide with the 2016 Microsoft Worldwide Partner Conference, the dual product launches enable channel pros to backup SMB data both from and to the Microsoft cloud. By Rich Freeman
Tweet

The former product allows channel pros both to back up data housed in the Microsoft Azure platform-as-a-service environment and to use Azure as a repository for on- and off-premises backups. Technicians can also restore protected data to Azure and manage everything through either the Azure or Acronis control panels that many of them use today. Acronis will extend that functionality to Microsoft Azure Stack, an onsite, private cloud edition of Microsoft Azure, when that product is formally released to market.

According to Acronis CMO and senior vice president of channel and cloud strategy John Zanni (pictured), increased adoption of hybrid infrastructure strategies combining local and cloud-based elements made support for Microsoft Azure a crucial addition to the Acronis solution set.

“We are known for full image backup,” he says. “Today an individual’s or company’s image goes beyond the device and includes also data that sits in other places like the cloud, and so you need to be able to protect those as well.”

“The usage of Microsoft Azure is increasing quite rapidly, and so we’ve been hearing from more of the Microsoft cloud service providers that they’d like to offer a backup capability or data protection capability within their Azure environment,” he says. Acronis expects demand for such capabilities to accelerate significantly as Azure becomes an even more common part of SMB environments.

“We see quite a bit of demand for this service,” says Zanni, who notes that the native backup functionality included with Office 365 is incomplete at best.

“It only replicates data across data centers. This means that users don’t get data loss protection or point-in-time archiving,” he says. “If a user accidently deletes a mailbox or there’s a malicious attack, the data is lost for good.”

The new Acronis offering lets users backup and archive point-in-time copies of Office 365 email data on in-house resources, in Microsoft Azure, or in other third-party clouds.

“The business can decide how and where they backup,” observes Zanni, who highlights that feature as one of several that differentiate Acronis’s Office 365 BDR offering from competing products. Integration with the management interface that current Acronis partners already use to protect PCs, servers, virtual machines, and mobile devices, among other data sources, is another.

“No one has to learn something new,” Zanni says.

Acronis plans to add support for Office 365’s SharePoint Online and OneDrive for Business components to its platform at an unspecified point in the future.

Today’s dual product launch comes amid an ongoing push by Acronis into the swiftly growing cloud BDR market, which is slated to inflate at a 12.94 percent compound annual growth rate through 2020, according to U.K.-based market researcher Technavio. As ChannelPro has reported previously, Acronis is aggressively working to turn thousands of on-premises-only BDR resellers into providers of cloud backup services as well.