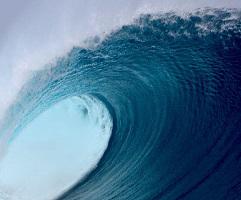 Dramatic changes in the managed services industry have remote monitoring and management software makers introducing a burst of equally dramatic innovations. By Rich Freeman
Tweet
Reader ROI:
After years of incremental progress, RMM software is in the midst of an explosive evolutionary leap.
That reflects broader changes in managed services, with MSPs delivering more services and supporting more diverse devices.

IT vendors, as you may have noticed, are fond of superlatives. Pretty much any time they roll out something new, you can safely expect the accompanying press release to include a sprinkling of terms like “first,” “best,” “most,” and “unparalleled.”

When it comes to remote monitoring and management (RMM) software, at least, words like those have actually been justified lately. Indeed, if it seems like name-brand vendors and startups alike have been issuing a seemingly nonstop stream of startlingly innovative RMM releases in recent months, it’s not just your imagination.

The pattern began roughly a year ago, when Dundee, Scotland-based LOGICnow, which has since become a division of SolarWinds MSP, introduced LOGICcards, a machine learning solution that sifts through reams of anonymously (and voluntarily) collected data from the millions of endpoints managed by LOGICnow partners, looking for buried patterns in past incidents that can help predict future ones. Since then, other manufacturers have shipped new and updated products of their own, offering boldly reimagined interfaces, pioneering automation capabilities, groundbreaking PSA integration, and more.

After years of steady if incremental progress, it seems RMM software is suddenly in the midst of an explosive evolutionary leap—and it’s timing has everything to with an equally dramatic transformation overtaking managed services themselves.

More Services, More Devices, Lower Margins
That’s how Larry Walsh, among others, sees things. “I definitely think that we’re entering the second age of managed services,” says Walsh, who is CEO and chief analyst at Port Washington, N.Y.-based channel advisory firm The 2112 Group. The first age, which began roughly in 2004, he explains, saw channel pros gradually shift from break-fix services to proactive monitoring and management, using RMM tools to deliver most of that support remotely.

“It revolutionized the channel’s value proposition,” Walsh observes, and increased MSPs profitability as well by reducing “truck rolls.” In the second age of managed services now gaining steam, however, MSPs are expanding beyond bread-and-butter device management into a broader, more complex mix of services, including hosted desktops, voice services, and more, all of which need to be supported efficiently.

Across industries, meanwhile, businesses are deploying a wider variety of hardware as well, ranging from traditional PCs and servers to smartphones, tablets, and a rapidly growing array of sensors, beacons, and other internet-enabled “things.”

“The technologies themselves the MSPs [need] to support are evolving,” observes Dana Bullister, program manager for strategic data initiatives at LOGICnow. “They are being asked to become experts in things that are less than a year old, which is really, really hard to do.”

That’s especially true when you’re managing not just new resources, but more of them. Thanks both to organic growth and accelerating M&A activity, MSPs are supporting more customers and therefore more endpoints than ever before. LabTech, the RMM division of Tampa, Fla.-based managed services software maker ConnectWise, can actually quantify that growth. In the past three years, the average number of endpoints supported by its MSP customers has risen from 1,000 to 1,500. “They’re growing significantly,” says LabTech General Manager Brett Cheloff of MSPs. “They're turning into these massive managed service providers.”

They’re also, however, earning less profit from all of that work. “You’re seeing so much of what’s under the roof moving up into the cloud,” observes ConnectWise CEO Arnie Bellini. With more and more SMBs dropping in-house email and file servers in favor of externally hosted equivalents, MSPs are steadily trading rich on-premises support margins for thinner software-as-a-service commissions.