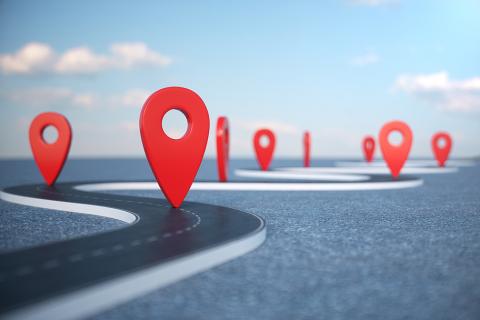 Public cloud environments tailored to the needs of businesses in specific vertical industries are catching on fast. By James E. Gaskin
Tweet

PUBLIC CLOUD environments tailored to the needs of businesses in specific vertical industries are catching on fast, and many experts expect that trend to accelerate in 2022.

Specialized clouds “offer industry-specific capabilities at every level of the stack," says Kate Leggett, vice president and principal analyst at Forrester, including compliance and security.

Healthcare's special requirements, for example, have spawned multiple vertical industry clouds. Leggett lists Veeva, which uses AWS as its primary cloud infrastructure provider, as an example in pharmaceuticals. In consumer healthcare, the Wellforce health system is migrating its Epic EHR software and hundreds of supporting applications onto AWS too.

Financial services, due to its security needs and regulatory burdens, adopted vertical clouds early, says Leggett. Salesforce, for example, has a Financial Services Cloud, along with a Health Cloud, Nonprofit Cloud, and more. “Ten percent of Salesforce revenue comes from their vertical industry clouds," Leggett notes.

Many vertical clouds include specific hardware to boost performance and lower prices versus public clouds. For instance, specialized cloud databases often add hardware like ASICs or GPUs, according to Aran Khanna, CEO of Archera.ai, a cloud cost and resource management optimization company.

Cloud applications with APIs and templates for specific industries are readily available for small and midmarket users too. "SMBs want software tuned for their businesses, like a dental franchise looking for appointment booking, reminders, and coordinated patient care," says Leggett. "These are great for SMBs if they can use the solution as it comes out of the box." She lists Zoho and Freshworks as examples of apps that offer verticalized solutions.

"These vertical clouds are here to stay," adds Leggett. "They have a modernized architecture, leverage the advantages of public clouds, and tap into data and AI models specific to their verticals."

Khanna was with AWS when it acquired Elemental Technologies, which developed a vertical industry cloud built to provide media transcoding services, now called AWS Elemental. This is the future, says Khanna, as the big three cloud services grow by acquisition. "That's where AWS Satellite came from."

Channel pros who want to get in on vertical clouds should leverage their domain expertise, advises Leggett. "Regional banks all have similar needs, so if you're an expert in midsized banks, you've seen those problems and can solve them." That often requires a vertical industry cloud, along with the know-how to configure, monitor, and manage a multicloud environment.

The Rise of Vertical Industry Clouds
May 17th, 2022

Nerdio Wants No One Left Behind on the March to the Cloud
July 6th, 2022

ICYMI: Our Channel News Roundup for the Week of January 23rd, 2023
END_OF_DOCUMENT_TOKEN_TO_BE_REPLACED