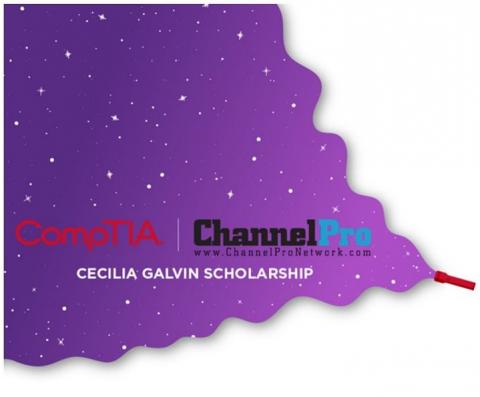 Named after a former ChannelPro executive editor who passed away five years ago, the award will grant $5,000 to a talented young woman looking to start a career in technology. By Rich Freeman
Tweet

Co-sponsored by CompTIA and ChannelPro, the program grants $5,000 each year to a young woman interested in starting a career in technology. CompTIA announced the start of this year’s nominating process during its annual Communities and Councils Forum event, which is taking place this week in Chicago.

Applicants for the award must be a high school senior and have 2.0 GPA or better. They must also be a recognized leader in their school and community, and have a demonstrated early interest in technology. The winner can use the scholarship to cover tuition costs at a four-year college or trade school, or to earn CompTIA technical certifications

Nominations are being accepted through April 29th at this site. The winner will be announced during CompTIA’s ChannelCon event, which takes place in Chicago from August 2nd to the 4th.

The CompTIA ChannelPro Cecilia Galvin Scholarship Award is named after ChannelPro’s former executive editor, who passed away in 2017. An industry trailblazer, Galvin was the first female editor-in-chief of Popular Science magazine, and helped launch that publication’s coverage of the then still young IT industry. Her experiences as a leader in science, technology, engineering, and mathematics (STEM) at a time when women were severely underrepresented in those fields inspired a passionate wish to help other women pursue STEM vocations.

“She was just a good human being, just someone who was so easy to talk to and so willing to help,” says MJ Shoer, CompTIA’s chief community officer. “Keeping the memory of someone like Cecilia alive through this scholarship is something that we’re proud of.”

“It continues to be our honor and our privilege to bring more women into tech,” adds Kathleen Martin, senior manager of member communities at CompTIA. “This scholarship just continues to grow.”

ChannelPro too is grateful for the opportunity to honor Galvin’s legacy in a way she would appreciate. “Though we still miss her terribly almost five years since her death, it’s great to know that Cecilia continues to change lives for the better,” says Michael Siggins, president and publisher of the ChannelPro Network. “We can’t thank CompTIA enough for partnering with us in helping set another talented woman on a path to success in technology.”

The need for women in IT has never been greater than it is today. Though technology companies added 5,300 new workers in February, according to CompTIA’s latest jobs report, employer job postings for tech occupations over the last three months have exceeded 1 million, underscoring the degree to which demand for tech talent continues to outpace supply.

Meanwhile, data from the U.S. Bureau of Labor Statistics quoted in CompTIA’s 2021 Industry Outlook report shows that just 26% of computing occupations were held by women as of last year, down from a high of 36% in 1991.

Profiles of the first three winners of the CompTIA ChannelPro Cecilia Galvin Scholarship Award are available here, here, and here.