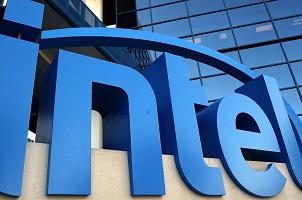 Intel sheds workers and changes focus to five core beliefs. What does it mean? By James E. Gaskin
Tweet
Reader ROI:
Intel is not getting out of the PC business, but management can't ignore the PC market for too long.

On April 26, 2016, CEO Brian Krzanich announced multiple major changes at Santa Clara, Calif.-based Intel Corp. First, 12,000 employees were no longer going to be “Inside Intel.” Focus was directed to five core beliefs, including the cloud, labeled as most important. The Internet of Things, now including the PC client business, is all about connections to each other and the cloud. New products in the memory and other programmable solutions areas will help power the new cloud systems. Networking, especially 5G wireless, will keep everything connected, and Moore’s Law remains in effect as current 14-nanometer processor technology moves down to 10, then 7, then 5 nanometers.

Should you be nervous? Not according to Jon Bach, founder and president of Auburn, Wash.-based Puget Custom Computers. The company has been building enthusiast-class systems since 2000, and now has 32 employees. “Taking a 10,000-foot view, Intel just finished several acquisitions and head count had gotten high,” says Bach. “I’m not particularly concerned as they cut down and focus on strategy. It’s not wise to invest strategic growth in nongrowth areas.”

Throwing PCs into the IoT basket seems like a demotion for the product that built the Intel dynasty. Bach worries that if Intel focuses strictly on the high-end enthusiast market, like game machines and media workstations, product lines will get less diverse and choices limited. “There’s not as much incentive for component manufacturers to invest in a diverse product line” if Intel doesn’t lead the way. Already, Bach sees more quality and resource problems than there were just five years ago.

New Ways of Doing Business
Bach sees Intel’s move toward cloud and IoT much like the move to virtualization in the past. “We created a strong ROI story about being more efficient, even though selling fewer actual servers,” he says. “Now, with the cloud, we talk about virtual desktops, remote desktops, and farming out jobs to clustered workstations. Any disruption like this is a chance to be an expert in a new area.”

Nine of 10 Puget workstations now boot with an SSD, says Bach. “We need spinning media for storage capacity until SSD pricing reaches parity.” He’s been using Samsung SSDs, but is waiting for Intel’s new Optane line to ship. “Our customers demand the highest performance, and it appears Optane will put Intel back toward the top again.”

Price parity is also an issue for ECP Computers & More, of Beaumont, Texas. The six-person mom-and-pop shop builds a handful of new systems per month, many with Intel chips. Tyler Lawson calls himself, “assistant manager, builder, slash whatever needs to be done.”

Although unaware of Intel’s layoff plans, Lawson has seen many changes from the chipmaker over the last few months. For most systems, ECP goes through distribution. “Intel’s availability and pricing have been about the same recently,” says Lawson. “Their prices are high, but normal for Intel. People know the name. But because of price sensitivity in our customer base, the most popular general PC we sell uses AMD processors.”

Puget has also managed major processor product shifts in the past, says Bach. “In 2005 we were 80 percent AMD. We’ve followed our customer’s demands for performance, and now we’re 100 percent Intel.”

Wireless network support is key to mobile computing and the IoT. Intel’s Krzanich named the developing 5G wireless standard as the second strongest of his five beliefs in the future. Still, commercial products using 5G aren’t due until around 2020. But product engineers need long lead times, and Intel is providing details now about its 5G mobile trial platform. If successful in the proposed data ranges of 1 to20 Gbps promised by 5G, Intel chips should be well positioned for the new market.

And Intel is certainly not getting out of the PC business. But if management ignores the company’s declining but still lucrative PC market for too long, attention and loyalty may wander before other revenues fill the gap.