ICYMI: Our Channel News Roundup for the Week of October 9th 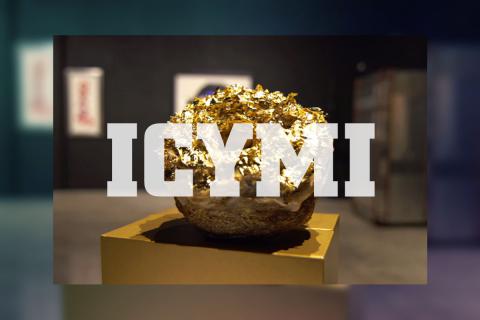 On this Friday the 13th, we take a looks at cloud news and other tasty treats we missed. By James E. Gaskin
Tweet

It seems the news this week is all about the wrong kind of golden and glowing hills out west, and our fingers are crossed for friends dealing with yet another catastrophe. Everybody do a rain dance on this Friday the 13th. While dancing, think about clouds holding data along with water. Does our data need to be waterproof now?

Speaking of clouds, there’s always cloud news, including from Dell and BMC and Box and more and more. Where there’s data, waterproof or not, there’s security issues. Where there’s a security concern, there are new and interesting ways to shield, save, sync, and secure data both wet and dry. So let’s towel off some data bits we missed.

BMC realizes nobody can eat just one cloud, so pop the top on its TrueSight Cloud Cost Control and SecOps Policy Service for multi-cloud architectures. Then use those tools and BMC’s Discovery solution to accelerate Amazon Web Services migrations. Once migrated, tap the smarts of the TrueSight AIOPs platform to put AI to work in your IT operations.

Where do people in ST:TNG go to relax? Yes, the holodeck. Ring up NVIDIA for an invite to its new NVIDIA Holodeck (pictured). Some designers and developers are getting a sneak peek at the intelligent virtual reality platform.

Scanners, security, software, and so on. Canon U.S.A. added to its list of scanners with the imageFORMULA DR-M260, able to gobble up to 60 double-sided pages per minute (don’t worry, it’s a scanner not a shredder).

Security concerns never stop, so use the Kensington Locking Bracket to keep your Microsoft Surface Book from going somewhere without you.

NETGEAR, a major player in smart home networking, rolled out (deep breath) the Nighthawk X4S Wall-Plug AC2200 Tri-band WiFi Range Extender with FastLane3 and Smart Roaming (EX7500). The name may be bigger than the wall-plug extender itself, which has lights to indicate signal strength for best placement. Keep folks from stealing those extenders (or at least ID them more easily later) with NETGEAR’s Arlo Pro 2 Wire-Free Security Camera (pictured), including 1080p HD video.

And then there was this:

Paging Homer Simpson. Because who loves doughnuts more than him? Surprisingly, the “Super Rich,” at least according to CNBC and its story of the $100 doughnut. Yes, $100, which actually seems like a bargain when you hear the details.

To make the “Golden Cristal Ube,” the Manila Social Club in Miami starts with ube, described as a “naturally purple sweet yam found in the Phillippines.” Dough and icing include a “generous dose” of Cristal champagne ($200 per bottle). After airbrushing each one with 24 carat gold, Chef Bjorn DelaCruz covers the top with gold leaf by hand. Each $1,200 box is delivered in a Rolls Royce.

Does your company have the bucks/chutzpah to treat the gang to $100 donuts at your next morning staff meeting? If so, please send photos.