ICYMI: Our Channel News Roundup for the Week of October 8th 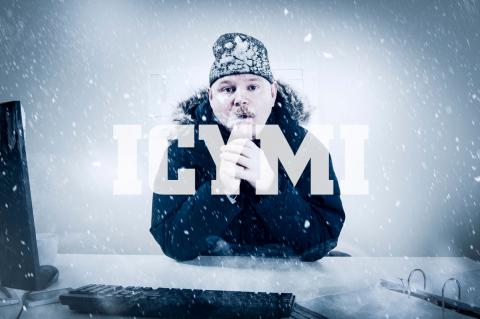 New hardware from HP, Google, and Samsung, new security software from Symantec, and a devious plan to turn working at the smart office of the future into a cold day in hell are among the stories we’re just now telling you about at last. By James E. Gaskin
Tweet

Seems like Hurricane Florence clobbered the Carolinas only last week and suddenly another one appears. Hurricane Michael did serious damage in Florida and nearby states, including dumping some extra rain across the Southeast. Want to help? This list of helpful organizations on the Weather Channel shows how.

Hundreds of thousands of Florida panhandle beachfront residents refused to evacuate. One silly-sounding idea may be part of the reason: hurricane names are too friendly. Florence sounds like your Aunt and Michael is the name of four nice guys you know (two have pickups and will help you move). We should let metal bands name hurricanes. Wouldn’t you evacuate if Hurricane Hammer of Destruction or Hurricane Death Incarnate was heading for your town? 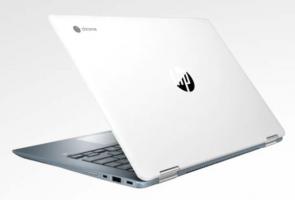 Let’s talk tangible. As Wi-Fi fills the air around us and we compute through browsers, Chromebooks get more popular. HP’s newest and thinnest Chromebook convertible, the HP Premium Chromebook x360 (pictured), includes 8th Gen Intel Core i3 and i5 processors, up to 64GB of SSD storage, and up to 8GB of DDR4 RAM. Ports include 2 USB Type C (the new one) and 1 USB Type A 3.1 (even newer). Available starting October 21 at $599 and up.

Tell your friends about your new Chromebook by calling them on a new Google Pixel 3 smartphone. Get your hands on a Pixel 3 (5.5 inches from $799) or a Pixel 3 XL (6.3 inches from $899). Water resistance, security chip, new Google Assistant, and updated cameras are just some of the features.

Or fill the space between camera and Chromebook with a new tablet. The Google Pixel Slate packs 293 pixels per inch and 12 hours of battery life inside a 7mm thin package. Add the optional keyboard and pen and you’re closer to the Chromebook, but more portable. The power button doubles as a fingerprint sensor.

The new Samsung Galaxy A9 smartphone includes a 2x Optical Zoom feature, along with an Ultra Wide Lens and Scene Optimizer for the 24MP Main Lens (in a quad camera configuration). Oh yeah, it makes calls and does other smartphone tasks as well.

If you prefer to use your phone for gaming, check out the Razer Phone 2. It even uses a new Razer vapor chamber cooling system to keep cool while you conquer worlds on the 5.7 inch UltraMotion IGZO display with a 120 Hz screen refresh and touch sampling.

And it’s game on with the new 9th Gen Intel Core desktop processors, including the Intel Core i9-9900K built for gaming. Other CPUs include the i5-9600K, i7-9700K, all with up to 8 cores and 16 threads and up to 5.0 GHz single-core turbo frequency. Order now to get yours when they ship in November. 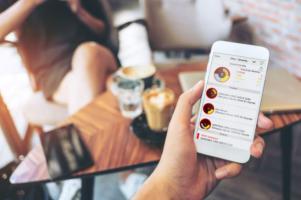 And hello to the Bitdefender GravityZone Ultra 3.0, a single-agent, single-console endpoint protection solution that combines prevention and hardening with advanced endpoint detection and response (EDR).

Customers of Cylance and Securonix should investigate the new interoperability between CylancePROTECT and Securonix Security Analytics Platform.

Imperva will still operate as a privately-held company after being acquired by private equity firm Thoma Bravo.

Once direct, the Lastline Email Defender-Cloud will now be available through all Lastline channel partners worldwide. 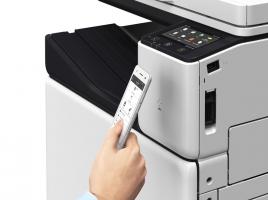 Let’s talk other products. “Backup” seems so inadequate that we need a new term. Until then, Arcserve calls it the Arcserve Business Continuity Cloud, a fully-integrated, cloud-born solution to immediate restore access to critical data, systems, and applications across complex IT infrastructures.

Xerox ConnectKey now better connects printers to platforms like Salesforce, QuickBooks Online, and Concur thanks in part to the enhanced Xerox App Gallery.

Riverbed revved up its Digital Experience Management tool Riverbed SteelCentral with new goodies. Now monitor the digital experience delivered by every app in any cloud.

KnowBe4 (security awareness training) offers companies a Virtual Risk Officer, along with a Virtual Risk Score and Advanced Reporting, thanks to AI and machine learning. 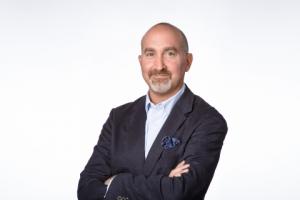 Atera brought in Yoav Machlin as vice president of marketing.

Clark Peterson, chairman of the Cloud Communications Alliance, now sits on the board of directors at TPx.

Not to be outdone, Unitas Global (clouds) hired Scott Walker as their chief marketing officer.

Auvik (network management) expanded its traffic analytics with the purchase of Barcelona-based Talaia.

AVANT Communications forged an alliance with Trustwave (security services). AVANT and Trustwave Master Agents will now work together. Not finished, says AVANT, as it added major enhancements to a new release of BattleApp.

Proofpoint (security) released its global 2018 User Risk Report. Yep, there’s unfortunately plenty of user risk still going on. A full third of U.S. respondents have experienced identity theft, which is about twice the worldwide average. Perhaps part of the reason is that 29 percent share social check-ins, reducing the hacker workload. Not only do 44 percent not have passwords on their Wi-Fi access, 66 percent don’t bother to change their Wi-Fi router’s default password. Ready to grit your teeth, IT folks? 55 percent let family members shop and play games on employer-issued devices. Is the IT worker’s patron saint Sisyphus?

In charge of some websites? The 2018 Q2 Threat Report from eSentire found ISS, Drupal, and Oracle WebLogic sites have a bulls eye on their back. IIS servers had a 782x increase in attacks from last quarter. Yep, 2,000 attacks grew to 1.7 million. Most of the IIS web server attacks came from China, which also has a million exposed IIS sites. Execution tactics include use of PowerShell (32 percent) and VBA Scripting (21 percent). Any good excuse left for not upgrading and patching IIS now?

The Wi-Fi Alliance commissioned a study from Telecom Advisory Services to estimate the current global economic value of Wi-Fi. Turns out to be roughly $1.96 trillion, and should rise past $3.47 trillion in 2023. The highest dollar amount of economic value was in the U.S. at $499 billion today growing to $993 billion by 2023. Consider this a not-subtle pitch to keep opening new spectrum. No mention was made of 5G, but this will only add to the economic impact. 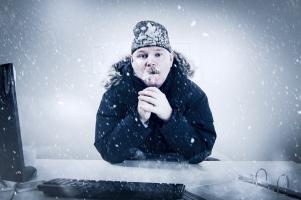 Smart and cruel office technology. Smart things (besides employees) are appearing in offices every day. One of the companies making them, Daikin Industries, is the world’s largest air conditioning manufacturer (according to Fast Company). Now, plenty of ink has been slung about the value of regulating office temperatures to control costs. But how about this idea from Daikin: monitor employee actions and hit them with cold air when they get sleepy.

You read that correctly. When employees get draggy, Daikin’s research shows, making the air colder for a few minutes helps beat the afternoon slump.

How closely do we want employers to monitor employees, anyway? Harper’s Index reported that 73 percent of Americans are “unbothered” to hear that their employers monitor their activities on work computers. 59 percent even claim to be pleased.

OK, you can blast that 59 percent with cold air or even cold water. But if you start dropping the temps down (the tech will be ready in 2020), be prepared for employees to fight back with new technology of their own. Behold: The Sweater.