ICYMI: Our Channel News Roundup for the Week of October 22nd 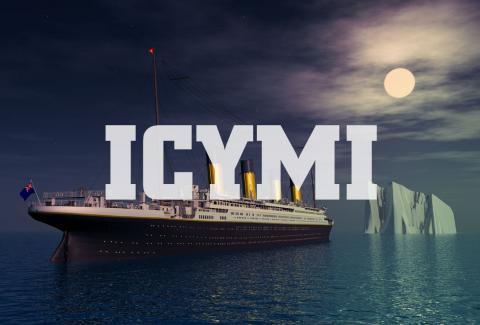 Oracle news-a-plenty, product updates from Symantec and Intermedia, and the chance you’ve been craving to experience the greatest ocean disaster of all time in person are among the news stories we’ve finally gotten around to telling you about. By James E. Gaskin
Tweet

Tis the week before Halloween, so time to get serious about your costume. Forget that old naughty nurse look and try something awesome for a change. Challenge accepted? Beat one of these 67 Awesome Halloween Costume Ideas. If all else fails, wear a suit and carry a battle ax and call yourself a corporate raider. Between practice raids, check out the news you missed. 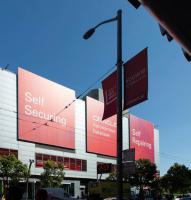 Feel like you’re missing the blockchain boat? Just for you, Oracle launched the Oracle Blockchain Applications Cloud. Track products through your supply chain in new and more rigorous ways.

AI gives a boost to the updates to Oracle Human Capital Management Cloud. With all the new demands on HR, a little extra help makes sense.

Need some help with all these new Oracle updates? Step right up to the Oracle Digital Assistant and ask for help. After all, the chatbot platform is powered by AI. 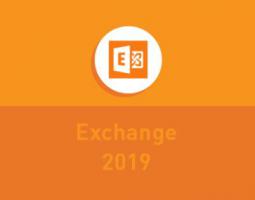 Cloud news from others. Unitas Global rolled out its global cloud-first connectivity solution for hundreds of cloud infrastructure and SaaS applications in over two hundred global markets.

Intermedia released Cloud Exchange 2019, the latest version of Microsoft’s business email platform. Interesting features? The Do Not Forward option that stops meeting invite recipients from forwarding the email to some other sucker, er, coworker.

Thinking of moving your VMware environments to AWS? Get help from 2nd Watch Solution Accelerator for VMware Cloud on AWS.

Your weekly security news. Symantec revved up its IT Management Suite, adding more capabilities (such as better scanning, remediation and/or quarantine, for example) plus integrations with Symantec Endpoint Protection and Control Compliance Suite.

NETSCOUT introduced NETSCOUT Arbor Edge Defense, a new approach to perimeter security that sits between the network and the internet. Deploy it as a physical appliance or virtual network function to push stateless security to the edge.

Seems like half the headlines about cryptocurrencies talk about hacking wallets and stealing bitcoins or whatever. Rambus released Vaultify Trade to provide new security for blockchain implementations. Tokenize those crypto assets.

Another checkbook was whipped out by Fortinet to acquire ZoneFox and its cloud-based threat-hunting technology.

Yet another checkbook was involved as Check Point grabbed Dome9 of Tel Aviv and their multi-cloud protection tools. 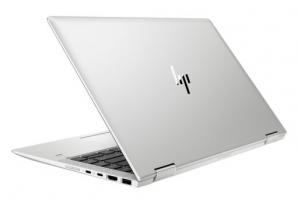 Ingram Micro blared the trumpets for the transformation of its Components Business Unit into the Integrated Solutions group. Ping them for custom solutions and optimized components.

Do you believe in mixing your client storage environments? Then the Paragon Mac ToolBox might be the thing for you. Tools like NTFS for Mac and APFS for Windows make storage simpler in complex networks.

IGEL rolled the version odometer up for IGEL OS version 10.05.100. Better support for third-party hardware and software along with more analytics top the list of enhancements.

Sure we love wireless things, but sometimes a cord is just what we need. Jabra’s new Engage 50 is a professional digital and corded headset with enhanced call quality thanks in part to cutting background noise.

Jamf expanded the integration between its Jamf Pro and Jamf Connect on the one hand and Microsoft Enterprise Mobility+Security on the other, so users can connect to a new Mac with Azure Active Directory credentials. The Jamf bag of newness also includes Jamf Setup and Jamf Reset to support multiple customized users on single iPads and iPhones. 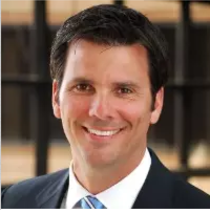 Proofpoint promoted Blake Sallé (pictured) to a new position as executive vice president of the Americas.

Xerox launched the Xerox Express program, which aims to give its partners streamlined access to top-selling desktop products.

F-Secure interviewed nearly 20,000 consumers in the U.S. and Europe over the last five years and found Internet of Things growth would be even more explosive if not slowed by “early adopter paradox.” 9 of 10 early adopters love their IoT devices, but privacy concerns hold back new smart home purchases. This is partly due to more awareness, like the jump in ransomware awareness from 37 percent in 2015 to 62 percent in the U.S. now. One way consumers are pushed into IoT whether they’re comfortable or not is the difficulty in buying a TV that’s not “smart.” F-Secure found that two-thirds of respondents have delayed an IoT purchase because of privacy concerns.

Barracuda Networks commissioned a new global research report titled, “Security, Connectivity, and Control: The Challenges and Opportunities of SD-WAN.” More than 900 respondents in companies with 1,000 to 5,000 employees in the Americas, EMEA, and APAC, from a variety of industries, participated. What did they find? SD-WAN deployments can be tough. 98 percent of IT leaders complained about networking challenges with their current WAN. On the other hand, 70 percent agree they risk losing a competitive advantage if they don’t update their WAN. 81 percent said advanced threat protection and centralized management were key to their SD-WAN purchase.

Spiceworks surveyed 762 people in companies across North America and Europe about disaster recovery plans this past August and found a disturbance in the recovery force. While 95 percent of companies have a DR plan in place, 23 percent never tested said plan. This despite the fact that 77 percent of organizations reported at least one outage in the last 12 months, and 7 percent had seven or more. Ouch. And we’re not even talking about the 5 percent who admit they have no DR plan at all. Hope for their sake the old “fingers crossed” disaster prevention method works. 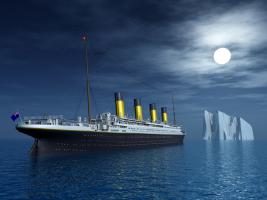 What could go wrong? Speaking of disasters, what’s one of the leading examples of “disaster can’t touch us” thinking gone very, very wrong? The sinking of the Titanic, of course.

So when the Titanic II sets sail following the original course in 2022, are you ready to be a passenger? Hoping, as I would be, that they sail about 50 yards further left this time?

This is all the dream of Clive Palmer, an Australian businessman and chairman of Blue Star Line. Never heard of Blue Star Line? They were officially founded in Liverpool in 1911 after chartering ships starting in 1904 and joined with two other lines to become the Crusader Shipping Company in 1957. In 1998 P&O Nedlloyd bought the name and a few of the ships, then was bought, and so on. But enough history.

Will the nostalgia crowd pay the estimated $500 million needed to build the Titanic II? Look at it this way: the Titanic was 46,000 gross tonnage (GT). The replica will be 56,000 GT. The largest cruise ship today is the Royal Caribbean Symphony of the Seas at 228,081 GT. The Titanic II, if built, will be less than half the size of the 56th smallest ship cruising today at 121,878 GT.

Kaseya Has Faster Patching, Cloud Management, and Cloud Security on its Roadmap for the Year Ahead
END_OF_DOCUMENT_TOKEN_TO_BE_REPLACED

LG Gram for Business 17 (2020): Big Reasons to Like It
END_OF_DOCUMENT_TOKEN_TO_BE_REPLACED