ICYMI: Our Channel News Roundup for the Week of October 1st 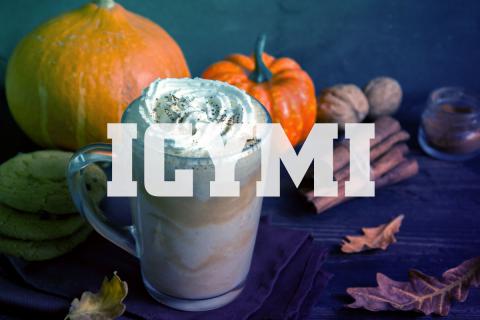 New hardware and OS software from Microsoft, print and security goodies of various kinds, and historical proof that the pumpkin spice craze really IS getting old are among the stories we’re just now telling you about. By James E. Gaskin
Tweet

October feels like fall even in the southern states, because the wind shifts and changes from hot to merely warm. And retailers start covering their walls with holiday decorations. Some might actually wait to put up Christmas lights until after Halloween. But hanging decorations takes time, and a few interesting news bits snuck by while we were on the ladder, so let’s catch up. 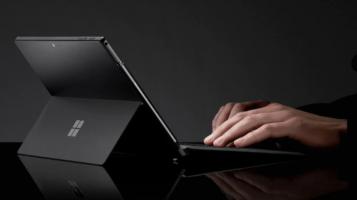 Microsoft has the floor. The Insider Program outlines what’s coming in Windows and Office in October. The October update can be installed now and includes the Your Phone App, which lets you access your, gasp, Android phone. Timeline for Phone might make some things easier to find.

The Redmond Rowdies (have they started that rugby team yet?) amped up the Surface product line to the 5th generation (already? They grow so fast). Hot new Intel processors, sharper screens, and more are on the list. Get your hands on a Surface Pro 6 (pictured), Surface Laptop 2, Surface Studio 2, or the first-ever Surface Headphones and tell us what you think.

Know what else is cool? Robotics. Hence the new experimental release of Robot Operating Systems (ROS1) for Windows 10. You can ever run ROS simulations in Azure. 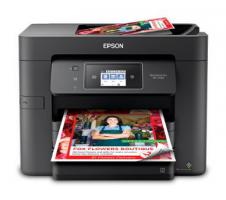 Paper’s dead? Don’t make us laugh. How else can we make paper airplanes? But don’t wrinkle up output from the new Epson WorkForce Pro WF-3730 (pictured) and WorkForce Pro WF-3733 because they look too sharp to waste. Both are available now for less money than you’d think.

The other side of printing paper is scanning paper. If your digital transformation plans include scanning, but in moderate amounts, take a look at the new Xerox Simplex Combo Scanner. The team-up of Xerox and Visioneer includes the Visioneer OneTouch with Acuity software for one-touch scanning.

Some office equipment can suck a bunch of juice from the wall. But not Xerox ConnectKey-enabled devices in the Xerox VersaLink and Xerox AltaLink series. They achieved EPEAT global registration for environmental sustainability to go along with Energy Star, EcoLogo, and Blue Angel certification.

Print Service Providers (PSPs) have a new SaaS platform to manage digital and print channels. Click on the RICOH Communications Manager for details. 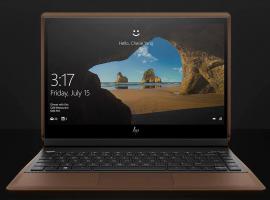 Some product news variety. HP Inc. unveiled the HP Spectre Folio (pictured), which thrives on versatility. Twist it around and use it as a regular laptop, a tablet, or a 2-in-1. Packed with the hottest new Intel processors and up to 16GB of RAM and 2TB of SSD storage, its case is made from genuine full-grain leather. A 4K UHD display panel will be an option later this year.

SOTI (device management) and Lenovo (computers galore) partnered to manage the Innovative Lenovo Mirage Solo with Daydream virtual reality (VR) headset. They also teamed up with the Starlight Children’s Foundation to entertain, educate, and inspire hospitalized children across the US.

The ZeroStack Self-Driving Cloud Platform now provides users access to NVIDIA GPUs as a service. Yes, GPU as a service. All under easy admin control. 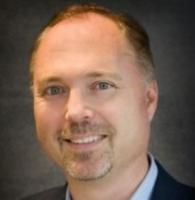 Not products but still news. Lastline (security) has a new CEO. Say howdy to John DiLullo.

LivePerson (see above) announced the acquisition of Conversable, a conversational intelligence platform. Terms were not disclosed.

Netwrix (security) surveyed 1,558 organizations of various sizes and from different regions and industries for its 2018 IT Risks Report. Headline? More than 50 percent of breaches are caused by insiders, whether by malice or mistakes. Yet most companies consider hackers to be the most dangerous threat (hackers get much better news coverage—way to go, hacker PR people). Actionable incident response plans exist in only 17 percent of organizations, with 42 percent having no plan or only a draft. Nearly half (44 percent) aren’t sure what their employees are doing with sensitive data. Let’s hope they’re doing a good job for their employers and not for their hacker friends.

More security stats: WhiteHat Security just released its 2018 Application Security Statistics Report, entitled “The Evolution of the Secure Software Lifecycle.” Partners include NowSecure and Coalfire, and they all conclude that the number of vulnerabilities per site has gone up from last year. This, however, hasn’t changed: The top four most commonly detected vulnerabilities remain information leakage (45 percent), content spoofing (40 percent), cross site scripting (38 percent), and insufficient transport layer protection (23 percent).

IDC updated its Worldwide Semiannual Security Spending Guide for a forecast period of 2017-2022. Growth will gradually slow but remain at 9.9 percent CAGR. That bumps the forecast of $92.1 billion for 2018 up to $133.7 billion in 2022. Security-related services will be both the largest total ($40.2 billion) and maintain the highest growth rate (11.9 percent CAGR). Nearly half that total will be managed security services. Banking will be the industry spending the most, up from $10.5 billion forecast in 2018 to $16.0 billion in 2022. The highest growth rate for a country other than the U.S.? China, expected to reach a five-year CAGR of 26.6 percent. 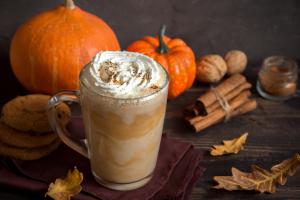 Why you’re tired of “pumpkin spice” already. That aggravating smell that invades your nostrils at the first hint of fall? Pumpkin spice, which is mostly nutmeg. About half the world loves it and half hates it, and it seems to break down on gender lines (manly men believe pumpkin spice should only be put inside pumpkin pies and covered with whipped cream). That doesn’t stop vendors from putting pumpkin spice into odd things like Twinkies, vodka (wash down those Twinkies with something stronger than shame), and pumpkin spice pet shampoo. Really. CollegeHumor.com gathers some pretty funny examples of pumpkin spice gone wild, and some are even real.

It seems like pumpkin spice has only been a thing for a few years, but that may just be selective memory as a way to protect ourselves from nose traumas of the past. Turns out this abomination has been plaguing mankind for 3,500 years.

The journal Asian Perspectives, via Science Daily, describes a potshard with nutmeg residue excavated from a site in use between 2,300 to 3,500 years ago in Indonesia. They claim this was 2,000 years earlier than anyone thought nutmeg was used.

For unexplained reasons, the island where this early nutmeg was found was abandoned about 2,300 years ago, with no signs of people for about 800 more years. That’s a pretty drastic reaction to pumpkin spice, but we may all start packing if the spice overload gets much worse.

ICYMI: Our Channel News Roundup for the Week of March 30th
END_OF_DOCUMENT_TOKEN_TO_BE_REPLACED