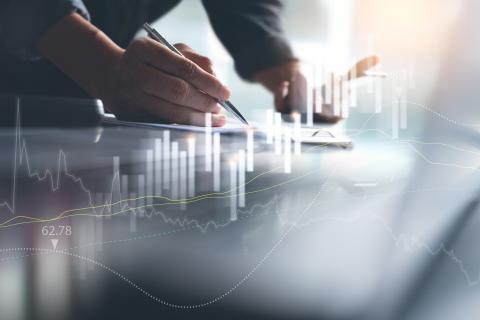 NCE shakes up Microsoft’s legacy Cloud Solution Provider program, and includes numerous pricing and billing changes that channel pros need to know. By Martin Sinderman
Tweet
Reader ROI:
CHANGES TO MICROSOFT’S Cloud Solution Provider (CSP) program via the New Commerce Experience (NCE) have started to roll out.
A NEW CANCELLATION POLICY will radically affect partners’ ability to scale seats up and down for their customers.
EDUCATING CUSTOMERS on how NCE changes in terms and conditions will impact their subscriptions is important for CSPs.

BIG CHANGES to Microsoft’s Cloud Solution Provider (CSP) program have already begun rolling out, yet many channel pros continue to have questions about the New Commerce Experience (NCE) Microsoft is introducing.

At its heart, NCE is an effort by Microsoft to implement a new set of pricing options and procedures for Microsoft 365, Dynamics 365, Power Platform, and Windows 365. As part of this launch, which replaces legacy CSP policies, an array of new features and functionalities will be introduced.

According to a 150-plus page (and at press time, still growing) NCE operating guide issued by Microsoft late last year, NCE includes numerous updates to pricing and billing for customers, which Microsoft says “will result in a more intuitive and streamlined purchase experience for partners, making it easier to meet the diverse needs of customers and reducing the complexity of the overall sales process between partners and their customers.”

NCE represents a significant change for Microsoft, whose structures for licensing and agreements have been in existence “in a fairly consistent fashion” for the past 20 to 25 years, according to Stephen White, senior director and analyst with Gartner.

The new NCE way of doing business has been met by some resistance from some unhappy CSPs. “But in the end, Microsoft does what Microsoft does,” says Michael Goldstein​, president of LAN Infotech, a Fort Lauderdale, Fla.-based IT services provider and Microsoft CSP partner.

That being said, here’s how to prepare for what’s coming soon to you and your customers.

An important element for CSPs to note is NCE’s new provision dealing with cancellation policy enforcement for contracts/subscriptions for Microsoft 365, Dynamics 365, Power Platform, and Windows 365—designed by Microsoft to prod partners and customers to move to annual contracts by making the month-to-month subscriptions most SMBs prefer more expensive.

Prior to NCE, CSP partners had the ability to suspend annual customer contracts/subscriptions for these products at any time without penalty or early termination fees.

That will no longer be the case. According to the guide, a CSP partner can cancel with a prorated refund within the first 72 hours for any term (the proration is calculated daily).

But after 72 hours, no cancellation is available, and the partner is billed for the full term, even if the customer stops paying for or using the subscription.The same 72-hour policy also applies to situations where seats are added and then later reduced.

The new cancellation policy provision, which takes away CSP partners’ longstanding ability to cancel, restart, and/or modify annual customer contracts at any time or replace them with month-to-month subscriptions, is one thing that many Microsoft CSP partners are unhappy about in NCE, according to White.

“Historically, there has been a lot of use of 12-month contracts with customers in which the CSPs have allowed them to cancel at the end of any month, and then restart the contract later with, if necessary, different quantities [number of seats],” White says.

What White calls “this temporary seat loophole” has been around since the inception of the Microsoft CSP partner program in 2014, giving CSPs the ability to accommodate special—but not uncommon—business situations. For example, a CSP partner has previously been able to accommodate seasonal businesses that ratchet down their number of users periodically by reducing the number of seats they are charged for, White explains. As a result, customers did not have to pay for unused software during slow periods.

That kind of flexibility has been especially useful for CSPs and their clients during pandemic-induced business layoffs, White notes. “But now with NCE, contract cancellation is only available for a short period after the contract is signed, and the ability to temporarily reduce the number of users for any period of time is gone,” he says.

“This means that CSP partners that may have made use of that flexibility—and have a set of customers that are happy and satisfied with that kind of access—now have to break the news that going month-to-month requires buying a new contract that is going to cost them 20% more.”

On the upside, Microsoft is now offering a three-year contract option that can prove attractive to customers, adds White. “Customers can get a price commitment and be safe from price increases,” he notes, “which can help a reasonably healthy organization to budget and build their business with medium-term price certainty.” Partners, meanwhile, get greater revenue predictability and fewer renewals to negotiate.

How to Navigate the Microsoft Cloud Partner Program
October 3rd, 2022

The MSP’s Role in Solving the IT Skills Gap
Best IT Certifications for Beginners
Bridging the Skills Gap: Funding Skills Programmes
END_OF_DOCUMENT_TOKEN_TO_BE_REPLACED