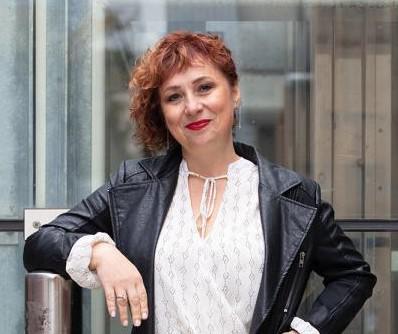 By creating a sense of belonging and providing opportunity to learn about other cultures, your employees will thrive. By Joanna Sobran
Tweet

WHEN I MOVED HERE FROM POLAND at age 11, I didn’t speak a word of English, I didn’t have any friends, and Chicago seemed like a foreign land. I had never seen a person of color other than in books or on TV. I had never heard an Asian person speak in their language or tasted my now-favorite Thai food.

There were so many things I had never tasted, seen, or heard prior to landing on that giant airplane in America. I was excited about the opportunity to be with my mother and sister again, and happy to leave behind a Communist country with limited resources where we had to stand in line with stamps for food. The ability to go to the store to buy a Coke—even after 9:00 p.m.—was something I had never dreamed of having.

My new life was interesting and full of opportunity, yet scary and overwhelming. A few days after arriving, I started school where I didn’t know anyone and didn’t speak the language. It was hard to fit in and kids called me names like “Stupid Polack.” Like many who come here from different cultures, I longed for a sense of belonging, and that ultimately influenced how I run my business today.

Eventually, when I was in 7th grade, we moved to a school district that was more welcoming, and over the years, I learned to speak English, adjusted to the culture, and met many amazing people who helped me along the way.

I began my career at the age of 19, working for two successful women who taught me that I can do anything and leave my past in the past. In 2005, at age 29, I started MXOtech to build a better life for myself and my family.

I also wanted to provide opportunities for people who were not born in this country, who live in underserved communities and simply need an opportunity and a place to belong. There is still a lot of prejudice today, and I believe much of it is because people don’t understand each other’s cultures. I didn’t want that to be my company.

MXOtech employs people from all kinds of backgrounds, and I want them to embrace each other’s differences, understand each other, and learn from one another. I’m not talking about spreadsheets or the PSA system. I’m talking about our hearts and the connections we need to make as human beings.

That’s why my HR manager and I put together what we call “Culture Day” once a month during lunch. Everyone who signs up (alone or with a colleague) gets a budget of $100 and an opportunity to educate and present anything they want about their culture to our staff. We have had people show videos of their country or their neighborhoods, schools, and villages. They share what they love about their heritage and the history behind it. They bring sample foods and beverages for everyone to taste and play music in their language or style. The experience they create allows everyone sitting around our green table to escape for a moment to that co-worker’s home country and better understand that person’s life. I’ve heard people say, “I want to go to Puerto Rico” after a presentation, or “I’m going to check out this Russian techno music when I get home,” and so on.

Embracing each other’s culture is also a way for us to live out one of MXOtech’s core values, that of “Family Spirit,” and not just make it a plaque on our wall.

I encourage all entrepreneurs to bring people together to embrace differences and share what they love by celebrating their own “Culture Day.” When employees have a sense of belonging, they will thrive, and so will your company.

JOANNA SOBRAN is the founder and CEO of MXOtech. She has been awarded recognition for her success as an entrepreneur, including the Deborah Sawyer Rising Star Award, Crain’s Chicago Business Notable Entrepreneurs, and ChannelPro’s Peer of the Year Award. Sobran also dedicates her time and resources to supporting the local community and nonprofits.

Jabra PanaCast Review - Get Your Huddle On
END_OF_DOCUMENT_TOKEN_TO_BE_REPLACED