In the Age of COVID-19, Paul Nebb is an “IT First Responder” 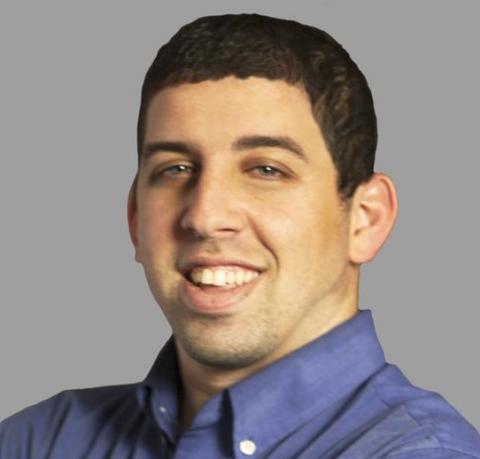 In the first of an occasional series about how channel pros are coping with the Coronavirus outbreak, a New Jersey-based MSP shares best practices for supporting customers new to working from home. By Rich Freeman
Tweet

Paul Nebb is no stranger to high-pressure situations. He’s been an emergency medical technician for nearly 17 years.

Disaster preparedness isn’t a new discipline either for Nebb, who earned a master’s degree in law and terrorism from Farleigh Dickinson University before ultimately launching a career in IT.

“All of our managed services clients, when we brought them on, in some way whether they wanted it or not, whether they knew it or not, we wrote a quick business continuity paragraph for them of how would we get them up and running if their office wasn’t there tomorrow,” says Nebb, who today is CEO of Titan Technologies LLC, an MSP in Marlboro, N.J.

What those plans didn’t anticipate, he continues, is a scenario in which offices are there but people are either banned from being in them or afraid to work from them.

Yet that’s exactly the scenario Nebb and many other channel pros find themselves in at present, as state and local governments fighting the COVID-19 pandemic impose restrictions that in New Jersey include a prohibition against gatherings of 50 or more people, a voluntary overnight curfew, and the closure of all gyms, restaurants, and movie theaters, with schools set to close on Wednesday.

“Those are the kinds of things we were surprised about,” Nebb says. “We’ve never seen something like this before where people or entire companies have to work from home.”

Helping its 100 clients cope with that new reality has been a challenge for Titan, a five-person company that’s now working remotely itself. “We’ve been almost around the clock since last Thursday,” says Nebb, who describes his job these days as “IT first responder.”

About 70% of Titan’s customers had at least some tools for remote work in place before the Coronavirus outbreak. Others had nothing, and even many of the partially prepared businesses never contemplated doing this much telecommuting for what’s likely to be a long time. Nebb and his staff have been performing a kind of technology triage process with everyone aimed at taking the most critical steps first and getting to everything else gradually.

“Give me three, four things and then tell me what we should be adding on every day,” Nebb tells clients. “This way it gives them a chance to work enough to give us a chance to work.”

What makes the top of the priority list varies company by company. For organizations with no remote access technology at all, getting a VPN or other means of connecting to the office from home into place is job number one. “Since last Wednesday, we’ve been building terminal servers,” Nebb says.

For a fitness center chain he supports, on the other hand, a first step was getting status updates out to customers via the company’s ConnectMeVoice VoIP solution.

Other clients have been focused on getting people connected to each other via online collaboration platforms, with assistance and instruction from Titan. “I sent out a recording I did on Zoom and kind of a tutorial to clients on how they can implement Zoom and just the basics of how to use functions,” Nebb says. “We’re going to be doing another micro-class tomorrow on Microsoft Teams.”

Hybrid IT Requires the Convergence of Security and Networking
January 27th, 2021

LG Gram for Business 17 (2020): Big Reasons to Like It
END_OF_DOCUMENT_TOKEN_TO_BE_REPLACED