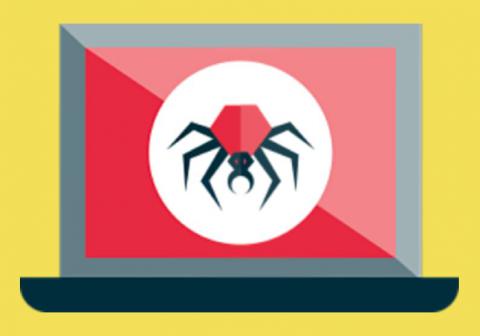 Named Strongarm, Percipient’s flagship product monitors outbound DNS requests for traffic headed to malicious sites, and automatically blocks it. WatchGuard, a provider of network security services and hardware headquartered in Seattle, plans to build Strongarm into its platform and add it to its Total Security Suite advanced services bundle.

“Many organizations don’t have the resources to research and deploy a long list of security point-solutions. As such, it is WatchGuard’s mission to continually evolve our unified security platform to provide the best combination of security services in a simple package, making enterprise-grade security accessible to all,” said WatchGuard CEO Prakash Panjwani in a press statement. “The addition of security at the DNS layer is just another example of execution of our mission.”

“Based on years of research and development, the Percipient Networks team has developed a simple, enterprise-grade solution,” Panjwani said in today’s press release. “We are excited to add the Strongarm solution to our platform and to welcome the teams behind developing and launching it to WatchGuard’s ecosystem of rapidly growing partners, customers, and employees.”

76 percent of companies—of all sizes and across vertical industries—fell victim to phishing attacks in 2016, according to data from Pittsburgh, Pa.-based user awareness training vendor Wombat Security Technologies cited by WatchGuard.

“Phishing is one of the most common methods used to gain a first point of entry into an organization. It is one of the most effective tactics because it targets people. As such, organizations must employ a two-pronged approach to combat phishing—malware prevention services and employee education,” said Percipient Networks co-founder and CTO Todd O’Boyle in prepared remarks. “By protecting users and using blocked attacks as an opportunity to educate we significantly reduce the odds of that employee making the same mistake a second time. We are delighted to continue development of the product and our threat research team under WatchGuard’s leadership.”

WatchGuard will begin making Strongarm available to its customers in beta form later this month. The product will enter general availability as a free addition to Total Security Suite shortly thereafter in an upcoming release of WatchGuard’s Fireware operating system. The company updated Fireware most recently last month.

ChannelPro 5 Minute Roundup for the Week of January 11th, 2021
END_OF_DOCUMENT_TOKEN_TO_BE_REPLACED

Jabra PanaCast Review - Get Your Huddle On
END_OF_DOCUMENT_TOKEN_TO_BE_REPLACED