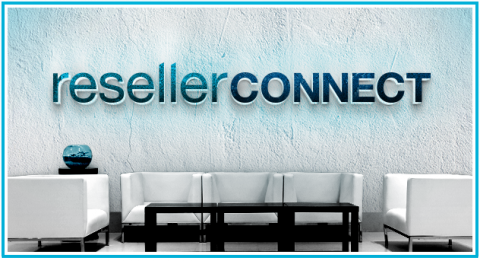 Interviews with executives at last week’s TechSelect Spring 2016 Partner Conference reveal that services aimed at helping partners with functions they struggle to perform on their own is central to the distributor’s strategy. By Rich Freeman
Tweet

Tech Data Corp., the Clearwater, Fla.-based distribution giant, discussed a wide range of offerings and initiatives with attendees of its TechSelect Spring 2016 Partner Conference in Tucson, Ariz., last week. Take a step back from them all, however, and the contours of a master strategy begin to emerge. Tech Data aims to drive its own growth by helping its partners streamline and outsource functions they lack the time, resources, or skills to perform on their own.

Automation and integration are keys to that plan. At present, for example, 78 percent of Tech Data’s global business is transacted electronically via EDI or XML connections to the distributor’s backend infrastructure.

“Our goal is to constantly increase that percentage, because any business we do electronically is more efficient,” says David Spindler, Tech Data’s director of eBusiness. To that end, Spindler’s organization is investing heavily this year in setting up resellers still using phone calls and other manual ordering techniques for electronic purchasing.

“They make more money on the warranty than they do on the hardware,” he says.

All too often, however, VARs miss out on that opportunity simply because registering devices with the manufacturer by hand is so time-consuming. Warranty Attach Plus seeks to eliminate that obstacle by transferring data automatically from

Spindler says that Apple, the first OEM to offer the service, experienced a 1,000 percent spike in Tech Data-related warranty sales in just the first quarter. Acer, HP, Hewlett Packard Enterprise, and most recently Brother, have all signed on to the service since then, and Spindler says other vendors are lining up to join them.

A similar logic informs Tech Data’s Renewal Source service. Resellers typically collect too little money from software and warranty renewals to make the hassles of tracking renewal dates and contacting customers about them worthwhile. Neglecting renewals, however, deprives partners—and by extension Tech Data—of incremental revenue while increasing their exposure to angry phone calls when a critical business application suddenly stops working because its license has expired.

Renewal Source is designed to make renewals too easy for VARs to ignore. Available free of charge, the service automatically tells partners about upcoming renewal deadlines and offers to email potentially impacted clients on their behalf.

“We want to do all the homework for you,” explains Brian Davis, Tech Data’s senior vice president of U.S. marketing and purchasing. At present, Trend Micro, Kaspersky Labs, Symantec, Lenovo, and Brocade are among the 10 vendors participating in Renewal Source.

Davis’s team is also responsible for resellerCONNECT, Tech Data’s outsourced marketing services unit. Few channel pros know much about marketing or care to learn more, but growing a business is impossible without it. Introduced in 2013, resellerCONNECT is designed to help partners find more prospects and close more deals by assisting them with everything from lead generation and collateral development to webinar management and e-marketing.

“We can be their e-commerce engine for them,” says Davis, who notes that Tech Data is theoretically capable of taking over marketing for a reseller completely.

“No one’s done it yet, but we think they could,” he states.

Tech Data makes a point of showcasing services like resellerCONNECT at its semi-annual TechSelect Partner Conferences, which attract some of the distributor’s most business-savvy VARs. Doing so is having a tangible impact too, according to Marty Bauerlein, Tech Data’s senior vice president of U.S. sales. Members of Tech Data’s TechSelect community grew nine percent on average last year, he notes, versus seven percent for Tech Data itself and around one percent for the IT market as a whole.

“If you look at the solutions that we cover in this event and the breakout sessions that we have, they are adding value,” Bauerlein says.

His colleague Davis encourages other members of Tech Data’s channel to utilize the distributor’s expanding roster of automation and outsourcing resources as tools for achieving comparable success.

“Use Tech Data’s scale, use our investments and our capabilities, to both enhance what you have and to add to your own scale,” he says.