Spiceworks Survey: 93 Percent of Organizations Use Cloud-Based IT Services 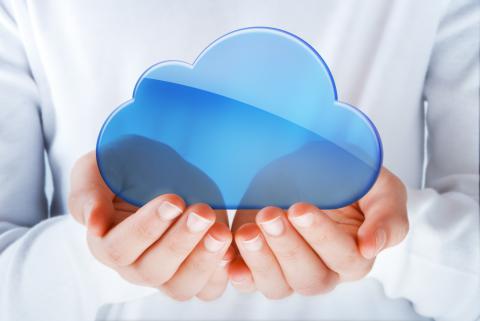 The new survey examines IT buyer perceptions of cloud storage, productivity, and computing services from Microsoft, Amazon, Google, and more. By ChannelPro
Tweet

Spiceworks, the professional network for IT, has revealed the results of a new survey exploring IT professionals' usage of cloud services, future investment plans, and perceptions of cloud storage, productivity, and computing providers. The study “Diving into Cloud Services” found that 93 percent of organizations are currently using at least one cloud service, while an average of 20 percent of IT services are cloud-based today.

In terms of the most commonly used cloud services today, web hosting leads at 76 percent, followed by email hosting at 56 percent, and cloud storage and file sharing at 53 percent. While only 35 percent of organizations are using online backup and recovery, it’s expected to see the most growth in the next 12 months with an additional 23 percent of IT professionals considering it for use. Additionally, adoption of infrastructure as a service currently stands at 20 percent, but an additional 16 percent of IT professionals are considering it.

When asked to reveal the most important factors to consider when evaluating IT cloud services, 71 percent of IT professionals said cost, followed by reliability at 58 percent, data security controls at 41 percent, and customer support at 32 percent.

IT professionals were also asked to indicate which cloud storage, productivity, and computing providers they’re investing in and which attributes they associate with each provider. For cloud storage and file sharing, according to survey respondents, Dropbox has been deployed by 33 percent of organizations, followed by Microsoft OneDrive at 31 percent and Google Drive at 27 percent. However, OneDrive is expected to see the most growth in the next 12 months with an additional 18 percent of IT professionals considering it for use.

In the public cloud IaaS category, IT professionals surveyed indicated that Microsoft Azure is the most commonly used at 16 percent, followed closely by Amazon Web Services at 13 percent. Comparatively, six percent of organizations are currently using Rackspace as their IaaS provider and one percent are using Google Compute Engine. Azure is also expected to see the most growth in the next 12 months with an additional 21 percent of IT professionals considering it for use.

“While we expect to see a major shift in IT services moving to the cloud in the next few years, IT professionals are still being cautious about adopting emerging cloud services like IaaS as they familiarize themselves with the providers,” says Sanjay Castelino, VP of Marketing at Spiceworks. “The results show that IaaS lacked strong brand associations across the board, but this will most certainly change as adoption of IaaS increases and familiarity with brands grows in the market.”

For more information and a complete list of survey results, visit http://www.spiceworks.com/marketing/diving-into-IT-cloud-services/report/.

Nearly Half of Customers Rate MSPs’ State of Modernization as ‘Meh’
October 27th, 2021