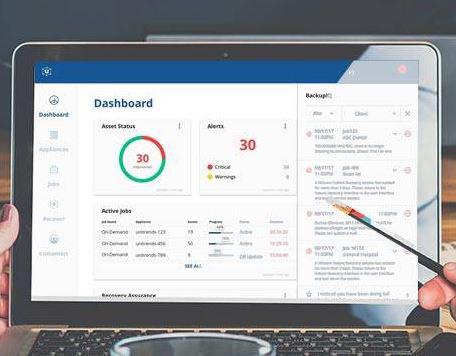 Kaseya Ltd. has launched a program that provides net new customers to resellers of its Unitrends MSP backup and disaster recovery program.

“I’m trying not to be dramatic about it, but we are the only company on the planet that is giving paying customers to our MSP customers,” says Kaseya CEO Fred Voccola, adding that program enrollees pocket 100 percent of end user payments. “We’re not taking a commission on this” he says.

Kaseya, which maintains dual headquarters in New York and Miami, contractually commits to give Done Deal members their first new client within 90 days. According to Voccola, participants in pre-launch testing of the program—which Voccola described in a conversation with ChannelPro this August—got their first customer in 33 days on average. Those 50 early adopter MSPs have received over 200 new clients through the program so far.

The number of additional customers a Done Deal partner receives after their first depends on how much Unitrends MSP business they drive on their own. “The more Kaseya backup that the MSPs purchase, the more customers that we give them,” Voccola says, noting that a precise and confidential formula governing what members receive for meeting various sales thresholds is spelled out in the Done Deal membership contract.

Kaseya uses back-end analytics to ensure that Done Deal members receive customers appropriate not only for their location but for their areas of specialization, if any, as well. MSPs that principally serve law firms, for example, won’t be sent healthcare providers.

Partners can refuse any customer offered to them. They can’t, however, alter the pricing or other terms of the deals that Kaseya negotiates with end users. “Those details are all given to the MSP prior to them joining the program, and they can choose to accept it or not,” Voccola says.

Participation in Done Deal is free. According to Kaseya, citing figures from Plano, Texas-based consulting firm Service Leadership, top-growing MSPs pay $3,072 in acquisition costs on average for each new client they add.

Most of the customers landed through Done Deal to date have been midsize businesses that have IT departments but want to outsource infrastructure maintenance duties. Voccola conservatively expects program members to collect $20,000 to $25,000 of revenue annually on average for each new account they receive, noting that so far the vast majority of Done Deal clients have purchased three-year subscriptions.

Done Deal participants needn’t re-qualify for the program once enrolled, provided they continue to be Unitrends MSP resellers. Those that switch BDR vendors keep any clients Kaseya provided them previously.

“Once we give you a customer, it’s your customer,” Voccola says. “We’d like you not to move them off of Kaseya, our backup, but they’re your customer.”