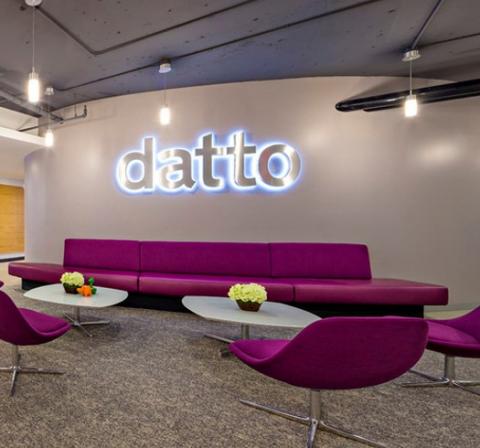 It’s official. Datto is now a subsidiary of Kaseya that, according to its new ownership, will continue to sell its current catalog of solutions under its current brand name. By Rich Freeman
Tweet

The IT and security management vendor announced the news on the final day of its 2022 Connect IT conference in Las Vegas.

As reported in April, when word of the pending acquisition first arrived, the deal was valued at $6.2 billion, representing a payout of $35.50 per share for Datto stock. Datto has ceased trading on the New York Stock Exchange, where it’s been listed since its IPO in October 2020.

Going forward, per plans articulated by Kaseya CEO Fred Voccola in multiple forums since April including an interview with ChannelPro, Datto will operate as a Kaseya business unit under its current name out of its current head office in Norwalk, Conn. That’s consistent with a pattern Kaseya established after earlier acquisitions of companies like Unitrends, IT Glue, and ID Agent, all of which continue to have independent brand identities.

Datto CEO Tim Weller, who played an instrumental role in engineering the sale to Kaseya, has left the company. “Tim has done an amazing job stewarding the business. He will continue advising me and the company and help me make sure we continue to deliver on that,” Voccola says.

“This is absolutely the best thing that could have happened to Datto, our employees and most importantly our MSP Partners,” said Rae in a press statement. “Datto has always been committed to building great technology and creating a culture where its MSPs customers always come first—and as part of Kaseya, we will be able to do this bigger, better, and at lower cost to the MSP.”

“As we promised when we announced our intent to buy Datto, customers are going to see investment in innovation and integrations go up and prices come down,” said Voccola in a media statement, echoing remarks he made earlier this week at Connect IT. “We are increasing our technical investment in our products to ensure that every one of them will be supported and integrated, with enhanced functionality. The end goal is to be the most affordable and best option on the market for our awesome customers.”

Near term benefits to Datto partners, Kaseya says, include at least 17 integrations between Datto products and the Kaseya platform within the first month. Voccola described one of those enhancements, between the live ticketing feature in Datto’s Autotask PSA solution and Kaseya’s IT Glue documentation platform, at Connect IT on Tuesday, and said that IT Glue’s automatic documentation backup feature will be integrated with Datto’s backup suite within 45 days of acquisition close.

Datto products will also be 100% “commercially integrated” with Kaseya’s within 120 days, meaning that partners will pay for them on the same bill and buy them through the same account manager.

The Datto acquisition has been a source of persistent apprehension among partners worried about its implications for products they rely on and relationships they prize since its unveiling. Voccola reiterated earlier this week that none of Datto’s solutions will be removed from market, despite overlaps with Kaseya offerings in the RMM, PSA, and BDR segments.