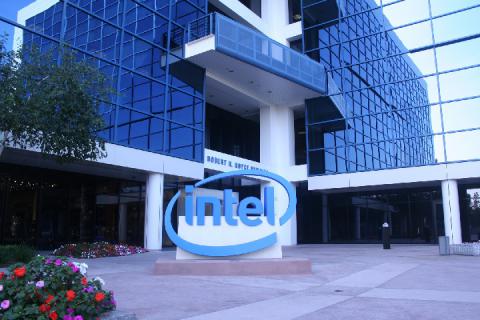 The chipmaker will cut about 11 percent of if its payroll as it transitions from a PC-dependent company to one focused on cloud computing and the Internet of Things. By Rich Freeman
Tweet

Everyone knows Intel Corp. is in the midst of a painful transition from the PC era of computing to the cloud and Internet of Things era. Today, however, that pain became something more than metaphorical.

In a statement timed to coincide with the Santa Clara, Calif.-based chipmaker’s latest quarterly earnings report, Intel announced a major corporate restructuring that includes the elimination of up to 12,000 jobs, or approximately 11 percent of its current workforce, between now and mid-2017. The force reduction had been widely rumored in the media for several days.

According to Intel, the payroll reduction—which the company will realize by consolidating offices, canceling unspecified programs, and implementing both “voluntary and involuntary departures”—will save it $750 million this year and approximately $1.4 billion a year by 2017. Intel will take a one-time, roughly $1.2 billion charge against earnings during its second quarter this year in connection with the reorganization.

The financial results Intel disclosed today make clear why Intel saw savings on that scale as a necessity. Revenues in the company’s PC-oriented client computing group, while up two percent from the same quarter a year ago, were down 14 percent from the final, holiday shopping quarter of 2015.

Product units more associated with Intel’s future than its past had stronger numbers to share. The Internet of Things group, for example, reported a four percent rise in revenues over the previous quarter and a 22 percent spike over last year’s Q1. The cloud-focused data center group, meanwhile, despite a seven percent sequential quarterly revenue dip, experienced a nine percent gain over Q1 of 2015.

In all, Intel says, emerging product units contributed $2.2 billion in revenue growth last year, as well as 40 percent of corporate revenue and a majority of the company’s profits.

“Our results demonstrate a strategy that’s working and a solid foundation for growth,” CEO Brian Krzanich (pictured) wrote in a memo to employees distributed today. “Our opportunity now is to accelerate our momentum and build on our strengths. But this requires some difficult decisions.”

Shedding workers, he continued, will enable Intel to invest more intensively in opportunities that will fuel its growth going forward, including not just the data center and Internet of Things markets but memory and connectivity technologies and hot client computing segments like 2-in-1s, gaming, and home gateways.

Intel says it will notify a majority of the employees who won’t be along for the ride toward the future Intel is building for itself within the next 60 days.

Security and Automation Among the Top IT Priorities
END_OF_DOCUMENT_TOKEN_TO_BE_REPLACED

Jabra PanaCast Review - Get Your Huddle On
END_OF_DOCUMENT_TOKEN_TO_BE_REPLACED