ICYMI: Our Channel News Roundup for the Week of December 4th 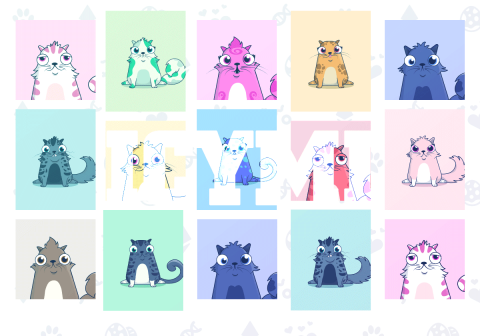 We've got news about Qualcomm-powered Windows laptops from ASUS and HP for you, plus a look at a new instance of crypto-currency craziness involving...kittens. By James E. Gaskin
Tweet

Sorry we missed so much news, but we’re blaming the hangover from Black Friday and Cyber Monday and the desperate need for some good cheer this holiday season

So let’s catch up with new chips powering (but sipping battery from) new laptops and tablet-type units running Windows 10. The Qualcomm chips mean LTE rather than Wi-Fi networking (OK, both) with higher speed and wider coverage.

Qualcomm processors power LTE-connected laptops. Wi-Fi connections are available in many places today, but LTE coverage for smartphones is darn near everywhere. If you’ve ever bemoaned your computer’s lack of connectivity while out in the boonies, rejoice. Qualcomm’s new ARM-based processors now run Windows 10 inside the just announced ASUS NovaGo (TP370) Gigabit LTE laptop (pictured) Ultrathin and light and all but instant-on, it also maintains battery power up to 22 hours.

These units are examples of what Microsoft calls “Always Connected PCs.” Gigabit LTE networking speeds should get some attention, along with hours and hours of battery life. No prices yet, but early adopters should save their Christmas cash.

Some Q, more M. Qualcomm’s Snapdragon 835 chip is the power behind those just- mentioned laptops, but its new Snapdragon 845 Mobile Platform addresses consumer desires for immersive multimedia experiences like eXtended Reality (XR) and AI, not to mention better security.

Internet of Things enthusiasts should cast an eye toward Microsoft’s now-available Azure IoT Hub Device Provisioning Service. Your smart toaster is too shy to introduce itself to your smart electric razor, so Azure wants to help.

Developers, meanwhile, might care that the Redmond Rowdies say the Open Neural Network Exchange (ONNX) is ready to rumble. The open source-modeled format fits into the AI ecosystem co-developed by Microsoft.

And from Microsoft partners:

Product notes not from Q or M. How about G instead? Gemalto’s SafeNet Data Encryption Solutions can help Google Cloud Platform customers.

If you dare, gaze into the 10TB abyss of the new Toshiba MN06ACA10T hard drive (pictured), the newest member of the MN family of 3.5 hard drives built for NAS systems. Too easy? Then try the 14TB MG07ACA, which Toshiba bills as “the world’s first enterprise 14TB Conventional Magnetic Recording (CMR) HDD.”

People and deals. David Soares takes over as vice president of North American sales for Zyxel.

Grant Bowman ambles over from NetFortris to TPx to become channel manager for California and the country’s West region.

SentryOne promoted Nick Harshbarger to senior vice president of business development and put him in charge of the new Global Partner Network.

BlackBerry now offers a new reseller cert for handling unpleasantries. The new Crisis Communications Specialization for enterprise partners is built on the BlackBerry AdHoc crisis communications platform. Doubt this cert will get stale since we seem to have more crises than clean underwear.

Listen up: Sennheiser just launched a Not For Resale program to help stock your shop with audio goodies.

Smooth segue to Right Networks (cloud-based accounting), which got cozy with Bill.com (business payments), Expensify (expense management), and TSheets (time tracking, but we knew that).

Say hello to the newest cryptocurrency craziness. What is it about blockchains that make people go bonkers? Latest evidence: Bitcoins have jumped to about a million per coin (OK, $16,000+ at the moment) and ethereum fans are now releasing their inner digital cuteness fantasies with CryptoKitties. People are spending $110,000 of real money, or at least the ethereum equivalent, on digital kittens.

Take note that bidding for CryptoKitties brought the blockchain transaction network to a grinding halt. Nothing inspires confidence in a business financial network like seeing it flounder because of adults going nuts for virtual kittens. Buy two and breed them, and maybe sell them to other suckers, er, fans.

Take a look—are these worth all this time and pseudo-money? No way. Unless breeding a green one with a white one with black spots results in kittens that look like chocolate chip mint ice cream, that is. Then you’d have something.