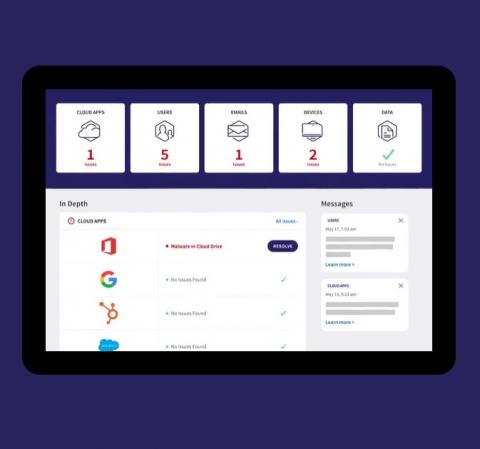 Drawing on some $80 million in recently raised outside funding, the company formerly known as Coronet is actively recruiting MSP and referral partners for its “all-in-one” security platform. By Rich Freeman
Tweet

Fueled by a recently completed funding round, security vendor Coro is actively recruiting MSP and referral partners for its “all-in-one” security platform.

MSPs get complete control over what they charge for Coro’s solution, and can therefore control margins as well, according to Brandon Udischas, Coro’s channel manager, who spoke with ChannelPro at last week’s SMB Forum event in Chicago. Referral partners collect a recurring residual payment on each client they enlist for the lifetime of the contract.

“As long as the client’s with us, they’ll have that residual come in every single month,” Udischas says. “It’s typically about 20%.”

Still known as Coronet when it made ChannelPro’s Vendors on the Vanguard list for 2020, Coro adopted its new name last November, some four months after hiring industry veteran Tom Turner to lead an “alternate channels” initiative aimed at accelerating the company’s growth by expanding the reach of its sales and marketing efforts.

Coro’s Incubiz program is another element of that campaign. Would-be referral partners enrolled in that offering receive 18 months of training and support from Coro, including a base salary, health benefits, office equipment, and sales leads, with no upfront investment of their own, before becoming fully independent “authorized security consultants.”

Targeted at companies with 5,000 users or less, Coro’s platform offers combined protection for devices, cloud applications, email, data, and users through a multitenant management console. “As opposed to having different types of solutions, which are almost individual silos not talking to each other, Coro is protecting it all and understands that if something happens here in one silo, it may be affecting the other ones,” Udischas says.

According to Coro, the system takes about five minutes to deploy. “It’s really easy,” Udischas says, adding that the solution uses artificial intelligence to fix problems on its own. “We’re alleviating that need for a whole staff of cyber engineers, or even a couple, because the product literally auto remediates.”

The system lists at $6.99 per user per month when billed annually, and $8.99 when billed monthly.

“We also offer SOC services where if the client doesn’t want to manage Coro whatsoever, doesn’t even want to look at it, our team will do that completely for them,” Udischas says.

Coro plans to use most of the $60 million it received a month ago through a Series C funding round led by Balderton Capital to underwrite its alternate channel recruitment efforts. Coro has raised $80 million total in the last seven months following 300% year-over-year growth in each of the past three years.

The Best Path for Selling Your IT Business
END_OF_DOCUMENT_TOKEN_TO_BE_REPLACED