CompTIA to Create New Association for IT Professionals 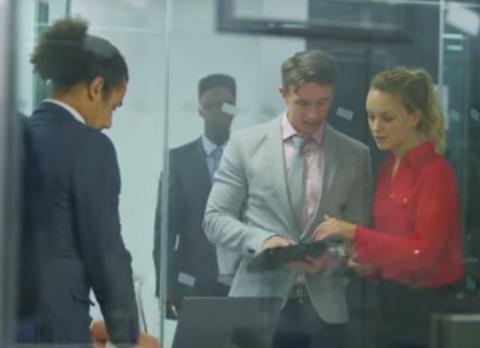 Based on the Association of Information Technology Professionals, which CompTIA has acquired, the new entity will seek to help channel partners and corporate technology departments alike by inspiring young people to pursue careers in IT. By Rich Freeman
Tweet

CompTIA Inc. plans to expand beyond its historical focus on the IT channel by introducing a separate but affiliated association for technicians and other IT professionals.

In conjunction with that venture, the Downers Grove, Ill.-based organization has acquired the Association of Information Technology Professionals (AITP), a 66-year-old IT pro membership group headquartered in Mount Laurel, N.J.

The new entity, which will build on and expand the AITP’s current offerings, will officially launch in the spring. Its primary objective will be inspiring fresh waves of young people to enter the IT workforce, according to Nancy Hammervik, CompTIA’s executive vice president for industry relations.

“We’ve done a lot of research where we’re realizing that the next generation isn’t too excited about pursuing careers in IT,” she says, noting that there are close to a million unfilled technical positions in the U.S. at present. “That’s a huge issue because this is where our society is going, this is where our economy is going, and we don’t have that skilled workforce that we need to stay competitive.”

CompTIA is in an ideal position to address that need, Hammervik adds, because it has existing relationships with nearly 2 million IT professionals who have completed one of its technical certification programs in the past, and continues to certify another 200,000 technicians every year. The forthcoming association announced today will seek to attract additional members as well via outreach efforts modeled after the "Make Tech Her Story” campaign that CompTIA executed in September, which sought to get more women interested in IT careers.

“We had a tremendous success with it,” says Hammervik of that initiative.

Members of the new group will have access to a variety of resources including a career portal that will offer resume writing advice as well as a job board developed and operated in partnership with job posting aggregator Burning Glass Technologies, of Boston, Mass.

AITP, meanwhile, will contribute its existing network of local chapters for IT professionals, as well as the student chapters it operates at more than 150 universities. CompTIA will draw on AITP’s force of nearly 500 senior IT executives who volunteer time to those groups as well.

“Those relationships that they have and the experience they have in connecting with peers and the networking was really important to us,” Hammervik says.

Though the new IT professional association will function as a separate, stand-alone organization with its own leadership, budget, and goals, it will work cooperatively with CompTIA’s channel-oriented membership body.

“Where there’s opportunity to connect the two and leverage insight and opportunity from the two we will do that,” Hammervik says, noting that the new association will benefit members of the existing one by deepening the pool of potential employees available to them.

“For the past 5 years, I would say one of the top 3 concerns for a small IT business is talent,” she observes.

ChannelPro SMB Forum Back on the Road in Dallas
June 10th, 2021
Rebuilding for the Future: CompTIA Releases its IT Industry Outlook 2021
November 17th, 2020

The Road to Success Is Paved with Service
END_OF_DOCUMENT_TOKEN_TO_BE_REPLACED

Jabra PanaCast Review - Get Your Huddle On
END_OF_DOCUMENT_TOKEN_TO_BE_REPLACED