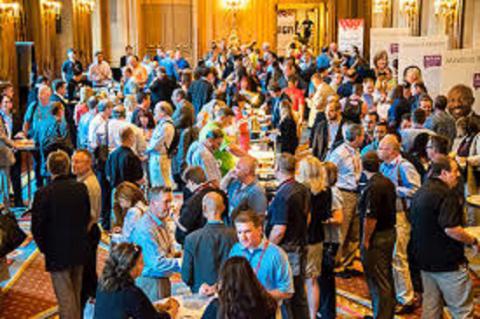 Todd Thibodeaux said SMBs have a huge role to play in developing a strong, diverse entry-level layer in the tech workforce. By Colleen Frye
Tweet

During his opening keynote speech at the ChannelCon 2017 event taking place this week in Austin, Texas, CompTIA president and CEO Todd Thibodeaux challenged the IT industry to tackle workforce diversity and inclusion. The information technology industry could generate an additional $400 billion in revenue each year if the ethnic and gender makeup of its workforce reflected the nation's talent pool, he said.

Thibodeaux told IT leaders to tackle workforce diversity and inclusion as a market issue.

Thibodeaux also said that a confidence gap, not a skills gap, is what keeps people of color and women from joining the tech workforce. With the right opportunities and training they can handle the work, but they lack the confidence to try.

"The driving reason capable professionals don't pursue careers in tech is due to lack of career information," he said. "People learn about jobs primarily from other people, and if you're not exposed to them you're flying blind."

In particular, he said it’s important to build a critical mass of diverse talent at all levels, especially at the entry level to create a pipeline. He said SMBs have a huge role to play in developing a strong entry level layer in the tech workforce by providing certification and training, enabling them to work with customers, and so on, which may not be done to the same degree at larger companies.

“Being able to bring someone in and help them bridge that confidence gap is an important part of what SMBs can do to address the situation,” he said.

"While Silicon Valley is a hugely important engine of growth and innovation, it's not representative of the entire tech industry," he remarked.

"It doesn't take into account tens of thousands companies operating in the channel; and millions of people working in tech jobs in non-tech companies," Thibodeaux continued. "These companies and individuals represent the complete breadth of the opportunities we have to offer. But the overemphasis on Silicon Valley leads people to think if they can't work for one of the big brand-name firms, why bother?"

Thibodeaux outlined a five-step plan that companies can implement immediately to diversify the makeup of their workforce.

Thibodeaux challenged ChannelCon attendees to connect with three people from different gender or ethnic backgrounds by the end of the event. “You might find someone who can help you, or someone whom you can help,” he said, adding that the more IT professionals communicate the love of what they do, the more people will want to come into the industry.

ChannelPro Recognizes Vets in the Channel
May 27th, 2020