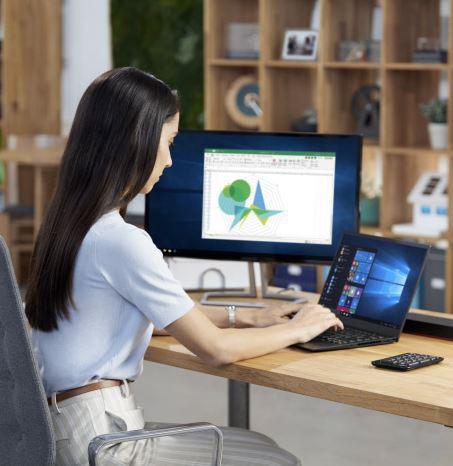 Unveiled during Microsoft’s Inspire partner conference today in Las Vegas, all three moves either directly or indirectly support CloudJumper’s ambitions to be a leader in provisioning and administering deployments of Windows Virtual Desktop (WVD), the cloud-based Windows 10 desktop and application virtualization solution Microsoft introduced last September. That technology has been in public preview since March.

Released today, version 5.3 of CloudJumper’s Cloud Workspace Management Suite (CWMS) draws on Microsoft APIs to simplify WVD rollouts, a complex process that typically involves dozens of scripts. Microsoft partners can exploit that functionality to evaluate and familiarize themselves with WVD in the runup to its full-scale release, according to Robin Brandl, CloudJumper’s vice president of strategic alliances.

“It gives customers the ability to start kicking the tires and seeing how CloudJumper helps with the management of this new platform that Microsoft released,” he says.

The new edition of CWMS also includes functionality for deploying desktops in Microsoft’s Azure Government solution, a version of the Azure public cloud designed to meet heightened security and compliance standards. With ransomware strikes increasingly impacting municipal governments—including both Rivera Beach and Lake City, Fla., just within the past few weeks—demand for cloud-based workstations is on the rise among state and local buyers, according to CloudJumper President JD Helms.

“The ability to control and recover from a ransomware event is a very scary thing for any company, much less for a state, local, or city government organization, because most of those guys are resource strapped,” he says. “For us to be able to simplify that process, integrate directly into Azure backup, and facilitate a quick recovery is really important.”

The strategic pact with NVIDIA is designed to enhance existing integration between CloudJumper’s cloud management software and NVIDIA’s virtual GPUs. “Traditionally, one thing that prevented customers from going to the cloud, and sometimes desktop virtualization, was having the capabilities of doing GPU workloads,” Brandl says. Through their freshly-inked partnership, CloudJumper and NVIDIA will work to make hosting CAD, engineering, photo editing, and other graphics-intensive workloads in the cloud simpler for end users.

The two companies are also collaborating on efforts to boost WVD performance, including through a solution on display at Inspire that combines Azure NV-series virtual machines powered by NVIDIA Tesla M60 GPUs with CloudJumper’s Cloud Workspace for Azure solution.

The further agreement with IGEL unveiled today commits both companies to helping channel pros more easily design and deploy end-to-end WVD environments. According to Brandl, tighter integration between CWMS and IGEL's Workspace Edition and Enterprise Management Pack software will enable businesses to run WVD on a wide variety of 64-bit x86 devices and then administer that hardware and their cloud software through a consolidated interface.

“We’re really going to work together to make it easier to manage that seamlessly from endpoint to data,” he says, adding that the first fruits of those efforts should begin reaching market within a few months.

How to Navigate the Microsoft Cloud Partner Program
END_OF_DOCUMENT_TOKEN_TO_BE_REPLACED