Cisco’s MSP Investments Are Big and Getting Bigger 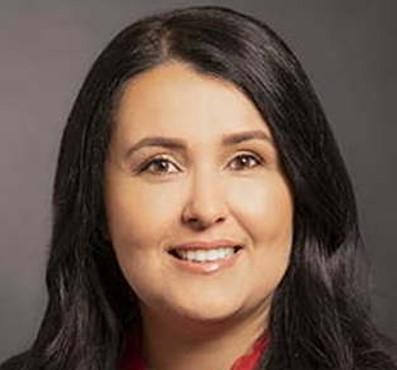 “We’ve seen a tectonic shift in how IT is consumed and delivered in the last couple of years,” says Alexandra Zagury, the vendor’s vice president of managed services and as-a-service sales, in a conversation with ChannelPro at this week’s Cisco Live conference in Las Vegas. “Customers are saying that they don’t want to manage the complexity around IT. They want somebody else to do it for them.”

They also want to pay for that support and the technology being supported on a subscription basis, she adds. “More and more customers don’t want to own the asset.”

Cisco sees a giant opportunity in those converging trends. “By 2025,” says Zagury, quoting an in-house market study, “about 45% of Cisco’s total addressable market, which is equivalent to $113 billion, will be sold as a managed service.”

Hence the decision roughly 18 months ago to create the team Zagury now leads and task it with readying Cisco’s products and partners to grab an outsized share of that spending.

“We help MSPs of all shapes and sizes build services based off of Cisco, and then we help them sell it with our field,” she says.

Her strategy for completing the mission revolves around what she calls “the three Ps”: platform, preference, and performance.

The platform piece of the formula involves ensuring that Cisco products are “managed ready.” Drawing on input from partners, Zagury’s team has identified “minimal viable partner requirements” for various solution categories, some of which will come as no surprise to MSPs.

“We’re really looking at how we close the gaps on multitenancy,” Zagury says.

The second P, preference, is about recruiting current and aspiring MSPs and arming them to sell managed services alongside Cisco. Zagury has hired a substantial team of people to drive that effort in areas ranging from enablement to marketing to offer development.

“We’ve tripled the amount of people we have doing service creation with our partners,” notes Zagury, who has an entirely separate team of “sales acceleration” specialists working to take those services to market. Cisco is adjusting compensation policies for its field salespeople as well to make that undertaking easier.

“There were some legacy policies where the field didn’t want to work with a service provider because they wouldn’t retire full quota,” Zagury explains. “All of that is gone.”

Cisco’s service provider partner program is instituting changes too based on requests from MSPs. “A lot of our provider partners say, ‘we don’t want backend rebates. We want more help with front end discounts,’” Zagury notes, pointing to partner incentives for Secure Connect Now, Cisco’s recently released SASE solution, as a concrete example of the company acting on that feedback.

Cisco’s MSP Investments Are Big and Getting Bigger
June 16th, 2022