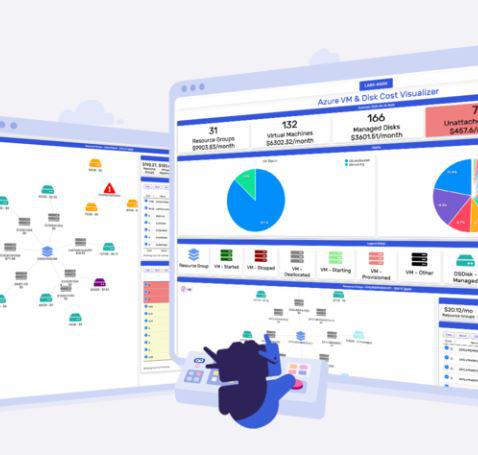 An expanded edition of the vendor’s Voleer application draws on a library of pre-engineered templates to automate management tasks associated with cloud solutions like Microsoft 365 and its Microsoft Teams component. By Rich Freeman
Tweet

BitTitan has introduced an expanded edition of Voleer, its automation solution for MSPs and other IT administrators.

The new release, which reaches market roughly a year after an initial version focused on security assessments and cloud cost optimization, is a more generalized “IT toolbox” designed to streamline a growing range of management tasks associated with cloud solutions like Microsoft 365 and its Microsoft Teams component.

The new version also adds a paid edition to what was originally a free application. Like its predecessor, the updated solution was unveiled during the Microsoft Inspire partner conference, which is taking place online today and tomorrow.

Hosted in the cloud, Voleer draws on a library of pre-engineered templates that users can combine to form what Yip calls a “personal Swiss army knife” of automated processes. Voleer tools utilize PowerShell scripts but require no coding. Users can schedule automations to run at recurring intervals or set up activity-based triggers.

Office 365 security assessment and license optimization templates like those that shipped with the original edition of Voleer are available in the library at present, along with a wide assortment of others. A new targeted security notifications automation, for example, which is part of a larger security toolkit, watches Office 365 environments for risk indicators like logins from unusual locations and repeated unsuccessful login attempts.

A separate Microsoft Teams toolkit contains templates for collecting activity and efficiency metrics, and for merging data in redundant Teams channels. Additional tools for Microsoft Azure and the Zendesk RMM solution are available as well.

Channel pros can use one automation or several of them together to form service offerings that add recurring revenue to one-time license sales and data migration projects. A monthly or quarterly Teams optimization service, for instance, might use data collected by Voleer to identify unused channels that should be eliminated and teams with similar names that should be consolidated.

According to Yip, channel pros are hungry for solutions they can employ to build cloud service practices that produce steady profits and sticky customer relationships. “They’re having a hard time really offering more services than just selling Office 365 licenses,” he says.

Voleer users can choose between Standard and Pro subscriptions, each of which comes with a preset number of automations, monitoring dashboards, and other elements. The Standard package also comes with 25 GB of storage that businesses can employ as a low-cost archiving repository, among other uses. The Pro package includes 50 GB of storage. Buyers who need different or more extensive resources than the pre-assembled plans offer can also negotiate custom-priced enterprise agreements.

BitTitan plans to add more templates to Voleer’s library weekly. Later this year, it will also begin letting third-party ISVs, and eventually MSPs and IT professionals, contribute homemade tools of their own. “Once we are confident in the ease of use and the ease of building and publishing, we will open that up to the broader public,” Yip says.

Though Voleer focuses exclusively on cloud management automation currently, BitTitan support for automating on-premises systems is under consideration for the future.

Meet the 2022 ChannelPro Vendors on the Vanguard
END_OF_DOCUMENT_TOKEN_TO_BE_REPLACED