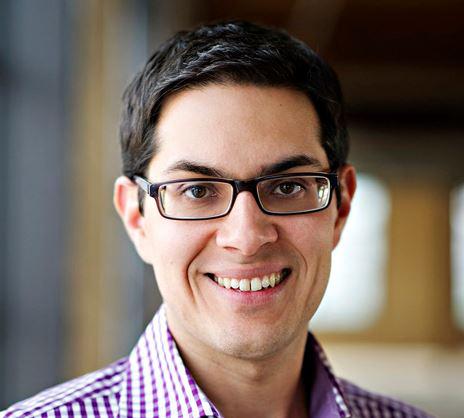 According to Chief Product Officer Alex Hoff, pictured, ConnectWise, Datto, Kaseya, and SolarWinds are all partners eager to consume its data rather than potential competitive threats. By Rich Freeman
Tweet

Managed services vendors like ConnectWise, Datto, Kaseya, and SolarWinds are assembling increasingly expansive and integrated product suites stocked with everything from RMM and PSA products to security and BDR systems. Do makers of more specialized solutions view such Swiss Army knife portfolios as a long-term threat?

In the case of Auvik Networks, at least, the answer is no, according to Alex Hoff, the network management vendor's co-founder and chief product officer.

“We view all those guys as friends,” he says.

Evidence for that assertion is on display this week at Auvik’s first annual Frankly MSP Live partner conference in Santa Barbara, Calif., where Hoff spoke with ChannelPro about the company’s rapid growth and product roadmap. ConnectWise (which acquired onetime rival Continuum in October), Datto, SolarWinds, and Kaseya’s ID Agent unit are all sponsors of the event.

“We’re best friends with ConnectWise and Continuum. They’ve been reselling and distributing our products for a long time,” Hoff notes.

Datto is a close partner as well. “We support the Datto networking products really well, and they see a ton of value,” Hoff says, adding that while Datto provides some network management capabilities too, those don’t extend beyond the vendor’s own networking product line.

For their part, Hoff continues, documentation vendors like Kaseya’s IT Glue division and Liongard see Auvik’s platform as a rich trove of critical network infrastructure data. Indeed, Liongard officially announced a new integration with Auvik during this week’s conference.

“They want to know about all the new devices on the network and the categorization that we do,” Hoff says. “They want to consume that because we all know the value and power of documentation, but you’ve got to get it and that’s what we do.”

Kaseya’s Traverse solution, LogicMonitor’s platform, and other examples of what Hoff calls enterprise network management systems, meanwhile, play in the same market as Auvik’s software but are designed to accommodate the needs of internal IT departments as well as managed service providers. Auvik’s platform, by contrast, targets a narrower audience.

“The integrations, the ecosystem, the workflows are very MSP-focused,” Hoff says.

Competitive threats figure less prominently in Auvik’s thinking these days than keeping up with growth. The company, which was founded eight years ago, recently placed 3rd on the Deloitte Technology Fast 50, which lists IT vendors with the highest revenue gains over the last four years. Auvik’s top line climbed an eye-popping 7,914% over that time span.

“A lot of investment from our engineering team is just making sure our platform’s scaling with our customers,” Hoff says.

Carving out some of its capital for acquisitions is at least a possibility for the future as well. The company bought Spanish network traffic analytics vendor Talaia late in 2018 and is continually on the lookout for further purchases that could help it expand into adjacent markets or augment existing capabilities.

“We’ve done numerous investigations, trying to find the right partner or the right technology, the right product, to bring into the fold,” Hoff says. “That’s how I keep busy. I’m always looking, chatting with people, finding out what’s the next trend and what do we spend our time on. Hopefully some of my labor goes to somewhere good.”