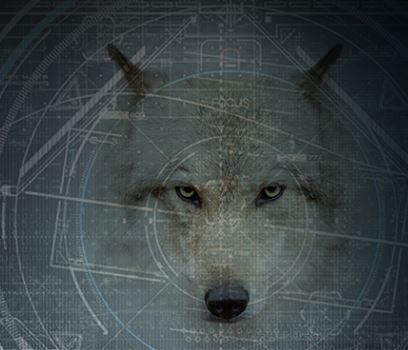 The agreement will expand Arctic Wolf’s reach by making its managed security and risk assessment services available to Ingram’s global base of reseller and MSP partners. By Rich Freeman
Tweet

The agreement, which is the first of its kind for Arctic Wolf, will make the Sunnyvale, Calif.-based vendor’s managed detection and response services, along with the risk assessment services it added to its portfolio last December through its acquisition of RootSecure Corp., available to Ingram’s global base of reseller and MSP partners.

“While we have a fairly robust sales and marketing team as well as a channel team, obviously partnering with Ingram expands our reach,” says Todd Thiemann, Arctic Wolf’s director of product marketing.

The alliance also comes in response to requests from partners looking to simplify vendor relationships by procuring Arctic Wolf offerings the same way they do other as-a-service solutions. Purchasing all those products through Ingram will allow them to consolidate monthly subscriptions payments on one invoice.

“Historically, we’ve always had that program be a direct engagement through Arctic Wolf, but through a lot of the feedback that we’ve received from our existing resellers and/or MSPs, they’ve asked us to engage with organizations like Ingram,” says Nick Schneider, the company’s chief revenue officer.

As that comment implies, Ingram won’t be Arctic Wolf’s only distributor permanently. “Over time, we will expand that number, just due to the nature of the business and people’s relationships,” says Thiemann, without citing specific names of future alliance partners. Ingram’s popularity with Arctic Wolf’s channel made it a logical place to start, he continues, as did the company’s extensive set of complementary services.

Ingram’s deep product catalog will also help partners build bundled offerings covering the entire “protect, detect, and respond” spectrum of cybersecurity solutions. “We’re doing the detect/remediate piece, but for a channel partner that has a portfolio, they’re going to be able to weave this in and have that integrated story,” Thiemann says.

Pricing on Arctic Wolf solutions will be identical whether purchased directly from the vendor or through distribution. “It will be net neutral,” Thiemann says, so there’s no downside for anyone who’s purchased direct until now to buy through Ingram instead.

15 percent of organizations globally will be using managed detection and response services like Arctic Wolf’s by 2020, up from less than 5 percent today, according to 2018 research from Gartner.

Founded in 2012, Arctic Wolf has been providing SOC as a service to the SMB market since 2014. The company currently has over 800 customers and records some 22 billion log events per day.

“We’re growing exponentially, both year-over-year and quarter-over-quarter,” says Schneider. “We’ve done that in large part due to our channel program and our channel network.”

Jabra PanaCast Review - Get Your Huddle On
END_OF_DOCUMENT_TOKEN_TO_BE_REPLACED