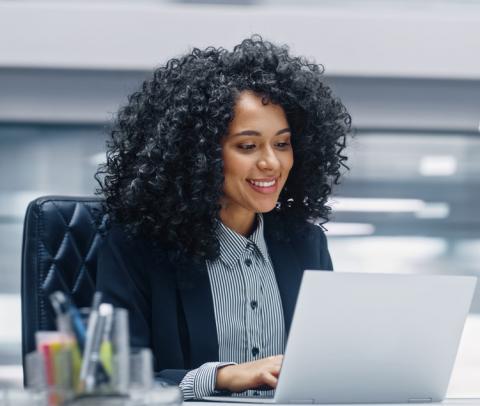 The two companies will be hosting a webinar about Microsoft’s Black Partner Growth Initiative this week. By Rich Freeman
Tweet

Microsoft is making big investments in empowering Black partners. OpenText wants to make sure as many Black channel pros know about it as possible.

The vendor’s AppRiver unit will be hosting a webinar about Microsoft’s Black Partner Growth Initiative (BPGI) this Thursday featuring a presentation by Jason Jones, a senior partner development manager at Microsoft.

“His agenda will primarily be introducing the audience to the program and helping them understand what role they can play in relation to it,” says Geoff Bibby, senior vice president of strategy for OpenText’s small and medium-sized business and consumer group.

Introduced in 2020, the BPGI gives majority Black-owned service providers and software developers in Microsoft’s partner program access to capital, community, training, and other offerings. An Accelerator program announced a year ago and launched in January provides deeper, personalized support over three-month periods to a limited set of applicants.

“It’s a pretty fantastic way to get access to a lot of different resources,” Bibby observes.

It also aligns closely with OpenText’s own commitment to diversity, equity, and inclusion, he adds. The company has publicly stated its intent to have a majority ethnically diverse workforce and 50/50 gender parity within key roles by 2030, and to have women in 40% of leadership positions at all management levels.

That’s on top of initiatives like the partnership OpenText announced last year with Canada’s Lakehead University offering paid internships to Indigenous students in the vendor’s software engineering, marketing, finance, and human resources departments, among others. Accepting Microsoft’s invitation to collaborate on an effort to promote the BPGI fit in well with such ventures, Bibby notes.

“We felt it was very consistent with what we were doing in terms of giving a voice to underserved different parts of the business community,” he says.

Up to date figures on Black representation in the technology industry are in short supply, but just 7.4% of high-tech employees in the U.S. were African-American as of 2017, when the federal government’s Equal Employment Opportunity Commission published what remains the most authoritative report available on the topic.

Over 60% of Black adults in the U.S. not currently employed by digital and information technology companies would consider a career change to work in the sector, according to data made public earlier this year by non-profit Jobs for the Future, yet more than half are either unsure where to start (55%) or feel they lack the financial resources (51%), skills (52%), or industry connections (45%) needed to launch a tech career.