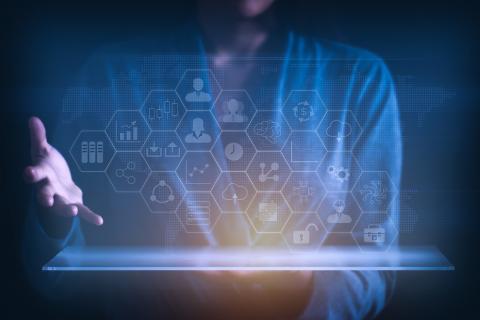 The MSP of tomorrow must excel in a whole new realm of strategic, consultative services aimed at helping businesses capitalize on the power of cloud-based solutions. By Geoffrey Oldmixon
Tweet
Reader ROI:
YESTERDAY’s MSP specialized in devices, but tomorrow’s MSP will deliver strategic, consultative services around cloud.
THESE SERVICES include orchestrating secure, efficient business solutions that improve customer service and optimize workflows.
EXPERTISE that helps SMBs lower costs, implement automation, or boost efficiency will be viewed as increasingly valuable.

The MSP of Tomorrow

MSPs who successfully shift from endpoint management to business operations consulting will ensure a growing role in the channel. As McMahon explains, “Life as we know it is changing. Anything we can do to reduce costs, better automate, or reduce manual input times for an employee or business is increasingly valuable.”

While it may seem daunting for some MSPs to adjust to a consultative service model, channel pros like Niekamp-Urwin are encouraging. “Your value is more than your endpoint service,” she tells her channel colleagues. “The way you make your client understand why they need something, the way you make things conceptually digestible—you don’t just get that anywhere. You’re more than that. You’re a trusted IT adviser who’s part of the business strategy.”

“MSPs are all service businesses anyway,” Sobel concludes. “We’re not really disrupting anything with these predictions. Ask yourself, ‘Which is more viable: selling monthly contracts on endpoint products or upping your game to become a better consultant?’”

Postscript: Adapt or Fade to Black

Industry analysts, trade show panelists, and channel trainers have all used countless metaphors in their attempts to inspire MSPs to adopt a service-oriented approach that moves beyond the endpoint device.

“It’s the horse and buggy compared to the autonomous driving car,” says  Fernandez of the device-first versus cloud-first mentality. “It’s grabbing the broom to go to aisle 4,” he says, mocking the break-fix model.

No matter how you describe it, device management “is a bad long-term plan, and anyone focusing on break-fix or managed services really needs to think about their long-term plan,” says Fernandez. Yet some endpoint-centric MSPs just won’t adapt, fearing the “sunken costs” of past investments or viewing a major change in their current business model as too risky or even potentially squandering what they’ve built so far.

Many MSPs kept their heads down over the years, busying themselves with the crucial task of keeping their customers’ operations running. “But during that time, solutions and security just moved way faster than we realized,” Fernandez laments. “Now we’re looking at the ecosystem wondering why we’re still on-prem. We face a steep hill to climb.”

“I get it; it’s hard,” concedes Sobel. “You’re looking at the difficult process of changing your service offerings to meet the needs of the future. And if you’re a 60-year-old business owner, maybe you don’t do this. Maybe you just ride it out until you can sell.”

But there’s no growth potential for MSPs that don’t adapt, says Fernandez, and as a result, “We see a lot of people exiting [the channel].”

To Niekamp-Urwin, the MSPs clinging to endpoint management are not just slowly sinking ships, but they’re also major obstacles for a channel that’s quickly moving around them.

“Nobody benefits from the race to the bottom,” she chides. “The more you’re undercutting me, the worse we’re all getting.”

IT By Design Ships Employee Engagement System
November 15th, 2021
CompTIA Forecasts a Return to Acceleration, Innovation and Strategy for the IT Industry in 2022
November 17th, 2021

The Best Path for Selling Your IT Business
END_OF_DOCUMENT_TOKEN_TO_BE_REPLACED