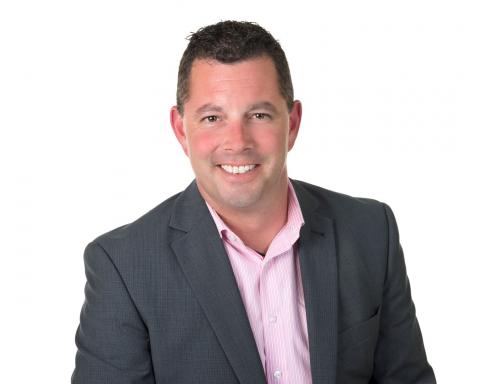 Valuation, ownership model, financial benchmarks, recurring revenue, and customer retention are among the factors MSPs must pay attention to when selling their business. By David Weeks
Tweet

Private equity firms are racing the clock and hopping cross-country flights in an all-out scrum to buy solution providers with large investment firms. What’s driving this and how can MSPs cash in? Here’s a rundown worth reading:

“I sent a private equity group an email at 5:30 in the morning on a Wednesday—and they were there with me two days later at a client. They had been in line, waiting for an asset, and boom, it came up,” said Abe Garver, managing director of FOCUS Investment Banking, one of several market experts speaking on an M&A panel during the EMPOWER by N-able 2021 virtual partner event. “There’s plenty of competitive pressure. If a private equity company gets that first look or special treatment and they don’t take advantage of it, there’s someone right in line behind them that replaces them.”

The panel on mergers and acquisitions drew heavy hitters from the private equity world, who each gave attendees their take on what MSPs need to pay heed to if they are considering selling their business.

Among the presenters, Oval Partners has acquired 11 MSPs in the last 15 months, FOCUS Investment Banking’s MSP team has closed MSP transactions with 25 parties over the past 18 months, and Evergreen Services Group has consolidated dozens of MSPs in three years. M/C Partners—with a 35-year history in the industry—has purchased three platform MSPs and 17 add-on MSPs in the past five years. The AME Group—a well-established, employee-owned company—has 10-plus acquisitions focusing on extending the geographic reach.

“One of the things that is really important for anyone considering a transaction or getting involved in a situation like this is: Don’t concentrate only on the transaction, concentrate on what it is like on the other side,” said Mitch Morgan, CEO and founder of New Charter Technologies, an MSP that was acquired by Oval Partners.

Ownership Model after the Deal

What an MSP looks like, who runs it, and from what location can take several forms once the deal closes. Dan Ruhl, a co-founder of Oval Partners, who has been in the mergers and acquisitions space for 30 years, said traditionally, private equity companies eliminate an MSP’s leadership and absorb that shop into a larger business upon closing. Merging with a competitor, or a colleague from a peer group, can create a more attractive offering for private equity—though Oval Partners warns MSPs not to overlook the operational struggles of merging two cultures and networks.

Oval uses a different model, Ruhl said, in which the MSP’s local brand and operational team remain in place and continue to run the business while some back-end functions, such as human resources, are overseen by the larger company.

“We’re able to offer business owners a situation where they can continue to run the business—with the team that they like, with the decisions and the culture that they’ve built. And they’re able to also come in and participate in this consolidation right along with us; [they] benefit from being part of a bigger organization that’s making investments into the future.”

Data from FOCUS Investment Banking shows MSPs that have an M&A adviser involved in a private equity deal see a greater multiple of their business’s cash flow in the sale price. While there are complexities in calculating the valuation of an MSP—with about 20 variables at work in the answer—a business's cash flow, organic growth rate, and customer retention are three of the most material, according to Abe Garver, MSP team leader and managing director of FOCUS.

“If I’m advocating and representing the seller, they’re going to get market for the business,” Garver said. “If they’re in a transaction and its sort of a do-it-yourself model, they may leave a substantial amount of money on the table.”

Increasing the MSP’s valuation before a sale is worth considering, he said. It can be as easy as joining a peer group or as complex as merging the business with a smaller one. He said one counterintuitive data point shows that selling the business before retirement increases value, since the owner is, conceivably, planning to run it for several more years.

The Best Path for Selling Your IT Business
August 15th, 2022