Married to Your Business … Partner 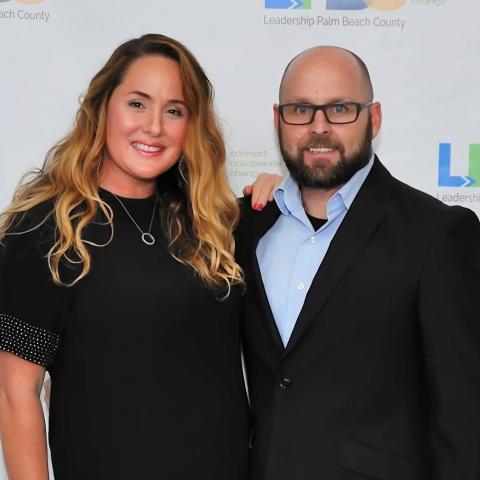 Three entrepreneurial couples offer some lessons in navigating the ups and downs of building a successful company together. By Carolyn Heinze
Tweet
Reader ROI:
MARRIED CHANNEL PRO TEAMS face challenges—and reap benefits—that are unique from other business partnerships.
DEFINING CLEAR ROLES and responsibilities and maintaining a united front in the office are keys to success.
STRIKING A WORK/LIFE BALANCE and being on the same page financially are also critical.

RUNNING A BUSINESS with your spouse can be a marriage-destroyer. It can also be a rewarding experience that results in personal and financial success. Successful entrepreneurial couples, however, know that strong communication, respect, and trust are key ingredients to maintaining not just a healthy business, but a fulfilling, long-lasting union.

For starters, complementary skills are important. When Deana and Jason Pizzo (pictured above) founded I.T. Solutions of South Florida, an MSP based in Lake Worth, Fla., in 2004, one significant challenge early on was what they both refer to as “learning your lanes.” Her strengths lie in sales, marketing, and operations, which she oversees as CEO. Jason’s strong suit is technology, so he has the role of CIO.

“Each person has to be strong in a certain area, and it can’t be the same one [for both],” Deana Pizzo says. These differences are one of the keys to their success, Jason Pizzo believes. Importantly, they both trust the other to handle any issues that arise in their respective domains.

Establishing a healthy balance of power is not always easy, according to Trisha Harp, founder of the Harp Family Institute, an Atlanta-based research and consulting firm focused on entrepreneurial couples. “When you get married, you get married to be equal-level teammates, and it’s hard enough inside of a marriage to sustain that sense of equity and equality,” she says. Adding a jointly run business to the mix can blur the lines, mandating clear-cut boundaries on who is responsible for what––and whether one spouse has the final say in the decision making.

If there is a hierarchy in the business, another challenge is, “How do we separate that from the hierarchy of the household?” Harp says.

Eric and Lisa Shorr acknowledge some tension around their roles and priorities in the early years of running Secure Future Tech, an MSP based in Warwick, R.I. Eric started the company in 1992 while still a student at the University of Rhode Island, and Lisa signed on as co-owner six years later. (She also runs Shorr Success, a branding and image consulting firm for channel pros.) While Eric respected Lisa’s expertise in branding, marketing, and business development––skills that attracted him to the idea of her being a co-owner in the first place––he didn’t make the time to support her projects.

“That created friction in our relationship, because I wanted to do things in our business,” Lisa Shorr recounts. Eric, focused on ticket response and customer service, often put less priority on things like editing Lisa’s press releases. “I felt like I was spinning my wheels,” she says.

The Five Ways I Use Emotional Intelligence to Keep My MSP Strong Through the Pandemic
January 17th, 2022