ICYMI: Our Channel News Roundup for the Week of September 11th 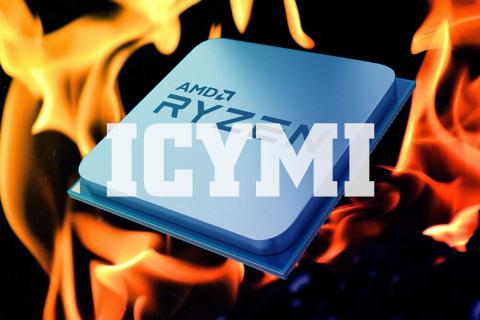 Equifax became the latest giant enterprise with even giant-er security holes. Who knew a company with “fax” in the name would be baffled by modern computer security details like keeping servers updated and changing “admin/admin” to real user names and passwords. On the positive side, security VARs have a new bad example to show potential customers. And oh, yes, Apple said something about phones on Tuesday, our European friends got together at VMworld Europe, and we missed a few other things. Dive into the news pool with us. By James E. Gaskin
Tweet

Signals from the Apple Saucer. Apple released details about the new iPhone family. Summary: Gorgeous and a grand (as in a hundred sawbucks) for the iPhone X. Start your Apple store campout now for the November 3, 2017, release date.

And some phones are less than a grand but still good updates. The iPhone 8 and iPhone 8 Plus can be preordered today (9/15/17) for an expected store delivery of Friday, September 22. Don’t step on the iPhone X campers sleeping outside the store.

Supporting vendors include Belkin and its Boost Up Wireless Charging Pad for all members of the new iPhone iFamily.

Some non-Apple announcements from the HP Reinvent show. Work no longer stays in the office, so HP announced the HP Elite 1000 Series including laptops ruggedized to MIL-STD standards for harsh environments. They’re big on collaboration and security too. (Psst, Equifax, are you reading this?)

HP also enhanced the company’s device-as-a-service offerings with more efficient fleet management, simpler plans, and term options, and inclusion of the most popular computing products from PCs to POS and more.

Across the pond they gathered at VMworld. Barcelona hosted the VMworld 2017 Europe show, where VMware pampered partners with new innovations like VMware HCX technologies to enable multicloud and multisite migration and portability, as well as updates to the Cloud Provider Platform and more.

VMware and partner IBM joined corporate hands to announce that more than 1,400 enterprises around the world are extending VMware into the IBM Cloud. Watch for rolling releases of goodies through the rest of the year.

Say hello to VMware vRealize Suite 2017 to help deploy and manage services across a “multicloud landscape.” Can we call clouds a landscape? No matter. Two-thirds of enterprises practice cloud polygamy, linking up with multiple clouds and providers, and help is now on the way to them.

Communications services got plenty of love as VMware announced vCloud NFV-OpenStack. Dell EMC linked up as well and the pair rolled out preintegrated and prevalidated NFV solutions.

Fans of Docker (both the pants and the containers) heard about vSphere Integrated Containers. Again, more security and better management.

Remember Microsoft? In a timely introduction, Microsoft rolled out a suite of cloud security offerings it calls “Azure confidential computing.” Biggest hook? Encryption of data while it’s in use. Do people think cloud security is really important? Yeah, could be helpful.

Microsoft churns out tons of training content, which is a good thing. But finding that content creates bad things, like curse words. Say hello, politely, to the Microsoft Partner Network’s new Learning Portal, a doorway into better organized info.

Other products want some love, too. And we have it for them:

Unexpected benefits of AMD’s Ryzen chips. AMD’s Ryzen processor family won some converts recently with all their cores and memory and gigahertz ratings. French cloud services company Qarnot, however, has discovered a feature not advertised by AMD.

Ryzen Pro CPUs have twice as many cores as equivalent Intel chips, but produce the same amount of heat. This makes Qarnot happy, not because the air conditioning

bills go down but because revenue stays up. The clever French folks have a contract to produce heat for 1,500 “social houses” in Bordeaux, France. If the chips ran cooler than Intel that would cause them a problem. But they report a 30 to 45 percent performance gain over the Intel Core i7 chips they were using, meaning they get double value from upgrading: more horsepower at the same heat level to maintain their side gig of blowing hot air in the right direction.

We suggest all future chip product pages show version numbers, cores, cache memory, and BTU rating. And while rack servers are good for large-scale heating, every pedestal server and workstation should include a resting place on top for a teapot.