ICYMI: Our Channel News Roundup for the Week of October 29th 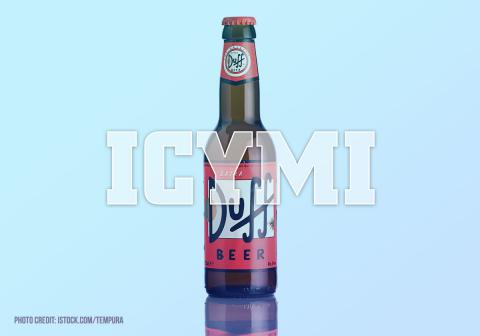 New tricks for IBM and Red Hat, new treats from Apple, and a bar in Texas that dressed up as a Simpsons character for Halloween are all among the stories we probably should have told you about earlier. By James E. Gaskin
Tweet

Now that Halloween is over and you have to start raking leaves, look back fondly to those warmer days without a rake in your hand and remember what dominated the news this summer. Hint: Lava! The volcano that threatened to eat Hawaii! Luckily, the Kilauea volcano has stopped, or at least taken a break. The Volcano House, the closest resort to the action, is open again. The dining room called The Rim offers a great view of the much, much larger crater.

There are 161 active volcanoes in the U.S., 18 of which are classified as a “very high threat.” Five of those are in Alaska, while two are in Hawaii. Maybe memories of lava will keep you warm while you rake. When you finish raking, check out these news bits. 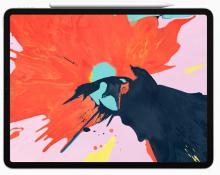 Apple harvest time. Cute little iPads for comfortable lap use as a second screen while Netflixing on the couch are yesterday’s news. Now new beefier iPad Pros (pictured) are ready for real work. Liquid Retina displays are larger than ever at 11 and 12.9 inches, and you can unlock them with your face. A hot new A12SX Bionic chip, Gigabit-class LTE, up to 1TB of local storage and a new USB-C connector make them sound like work laptops rather than tablets. Prices for the 11-inch model start at $799 and go up up up.

Prefer a laptop? You’re in luck, because the new MacBook Air marched in with the new iPads. The 13.3-inch update comes in three colors, includes the Apple T2 Security Chip, hot new processors, faster SSDs, and an updated trackpad. Worry not about thieves hacking your data from a stolen device when you use the T2 chip to encrypt SSD data on the fly. $1,199 and up.

Did you think the cute little Mac Mini was forgotten? The years of neglect are over as the new model has up to 64GB of RAM, Thunderbolt 3 ports, the T2 Security Chip, and an option for 10Gb Ethernet support. The 100 percent recycled aluminum case is the same size as the last model. $799 and up.

IBM dons Red Hat. “The acquisition of Red Hat is a game changer,“ says IBM CEO Ginni Rometty. Surprise! The $34 billion dollar price tag shocked many. No doubts now that IBM is serious about all that cloud stuff, right? And Red Hat fans should be reassured by the plan to keep Red Hat as a distinct unit, at least for the moment.

Coincidentally, Red Hat released Enterprise Linux 7.6a, billed as a consistent hybrid cloud foundation for enterprise IT. Analysts agree that hybrid clouds and multiclouds are the wave of the future, and IBM and new acquisition Red Hat promise to support clouds, containers, and improve security with the update.

MSPs serving SMBs may want to check out the new Uplevel Release 3.0 that combines Ethernet, WiFi, firewall, backup, VoIP, and VPN in a single solution. 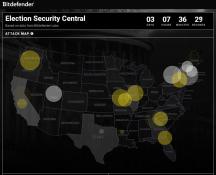 Say hello to Comodo Dome Shield Platinum, a cloud-delivered DNS Security-as-a-Service solution that blocks access to harmful websites better than ever. Protect all Internet-connected devices across any size network from small business to a global enterprise.

Like VPNs? Check out the new ZeroStack Self-Driving Cloud platform, which handles secure tunnels between multiple sites and clouds. Of course, it’s VPN As A Service. 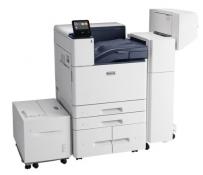 SolarWinds bundled together a DevOps toolkit that includes Pingdom, AppOptics, Papertrail, and Loggly.

Aerohive Networks worked with Amazon to add an voice-driven Alexa skill to the new Aerohive HiveManager Shortcuts, due late in November. There are already over 100 specific voice requests in the system and more will be added each week. Here’s one question admins will love: “Were there any configuration changes to the network since I last logged in?”

Logicalis (IT provider) partnered with RoviSys and N3N to place Internet of Things solutions directly on the manufacturing plant floor. This move extends an earlier partnership with Cisco.

Ready to play with one of the new Intel i9 processors? Check out the Z390 AORUS XTREME motherboard from GIGABYTE TECHNOLOGY Co. Ltd. The 16-Phas Digital IR VRM design offers a high-power phase count, and a new thermal design will keep things cooler. Prefer a design workstation? Then the GIGABYTE DESIGNARE motherboard is for you, and it also supports the new i9 processor. 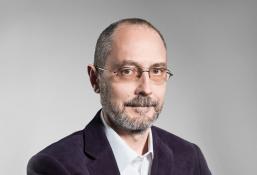 Presto Chango: Comodo CA is now Sectigo. The company was purchased by Francisco Partners last year from the Comodo Group.

Adobe (you know) finalized the acquisition of Marketo (B2B marketing).

The new McAfee Cloud Adoption and Risk Report analyzed billions of anonymized customer events to look for risks in cloud usage. Of course, they found some. About 22 percent share files externally, up 21 percent year over year. Sharing of those files within the cloud is up 53 percent YoY, and almost a quarter of data in the cloud can be considered sensitive. Think of that as you read this: the average enterprise experiences more than 2,200 misconfiguration incidents per month in various cloud collab systems. The cloud providers only secure the cloud itself, leaving companies to secure their data no matter where those files go. And one place they go is home, since sending sensitive data to a personal email address is up 12 percent YoY. Reach for your favorite headache relief now: 5.5 percent of AWS S3 buckets are wide open to the public.

Ready to go cyborg? You might want to read this report from Kaspersky Lab and the University of Oxford Functional Neurosurgery Group first. The report outlines a number of existing risk scenarios which could be exploited. For one, the online management platform used by many surgeons could allow an attacker to get data and treatment procedures. Data transfer from the implant may be unencrypted, allowing hackers to change settings causing pain or paralysis, or grab data. And the need for emergency access by other physicians means that the implant in your brain must have a backdoor known to every medical professional who might need to treat you. Still ready to go all cyborg and stimulate your brain through implants?

When buildings dress up for Halloween. Austin, Texas, is the home for the Nickel City bar, on E. 11th street. This year, from October 26th through Halloween, Nickel City became Moe’s Tavern from The Simpson’s TV show.

A Moe’s sign and purple trim like the TV bar greeted customers on the outside. Tourists and regulars took plenty of photos under the sign. On the inside, bartenders dressed as Moe Szyslak, menus were branded Moe’s, the pickled egg jar was where regular viewers expect, and the famous Flaming Moe drink was available (although the secret ingredient of cough syrup was replaced by Jägermeister). Patrons did their part, and many came as show characters. Pink doughnut with sprinkles, anyone?

Sorry you missed it? Plan a trip down for the holidays, when the “Santa on Hawaiian Vacation” theme will be in full swing. Tiki-themed decorations and Grinch Grog will complete the transformation.

The Road to Success Is Paved with Service
END_OF_DOCUMENT_TOKEN_TO_BE_REPLACED

Jabra PanaCast Review - Get Your Huddle On
END_OF_DOCUMENT_TOKEN_TO_BE_REPLACED